In early to mid September 2005, sunspots (number 808) came into our view with the Sun's rotation (Figure 1). Solar activity subsequently became active. Several intense solar flares erupted from 7 to 17 September. Among them, a violent one occurred on 7 September, making it one of the largest flares in this solar cycle (Cycle 23). 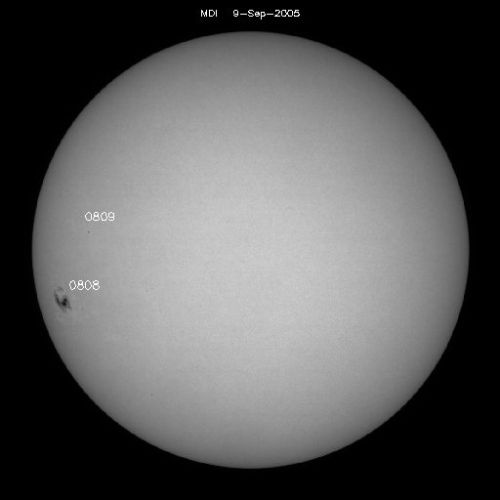 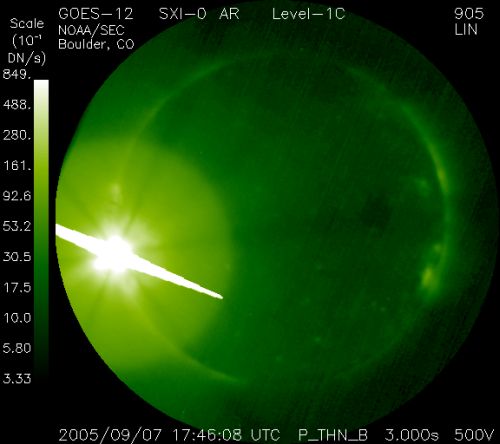 The Solar X-ray Imager onboard of the GOES satellite started encountering problem on 11 September. Before the instrument went down, it captured a movie of the Sun between 1 and 11 September (Source/Credits: National Geophysical Data Center). Pay special attention to the images on 7 September, when spectacular solar flares started to emerge from the left to the centre of the Sun's disk, following its rotation. Space weather was originally forecast to worsen as the sunspots moved in to face the Earth. Fortunately, the sunspot activity weakened somewhat and did not produce much effect on the Earth.