Space weather is a current hot topic as we expect to approach a solar maximum this year (2013), but just what does the condition of the Sun mean to us here on Earth? In this series, we shall take a look at some of the severe solar storms, and examine how they affected our society at the time.

First of all, let us go through some basics of solar activity. The Sun is essentially a ball of boiling plasma, in which convection is driven by heat at the core. From there, heated particles (above 5000°C) would rise to the surface, losing energy to the outer Space during the process, and subsequently sink back to the core. Although these sinking particles would be cooled down to at most 3000°C, they are still much cooler than those rising particles. Therefore they would appear much dimmer. The dark spots that show up on the Sun's surface are where these sinking particles concentrate in and they are what we call sunspots. 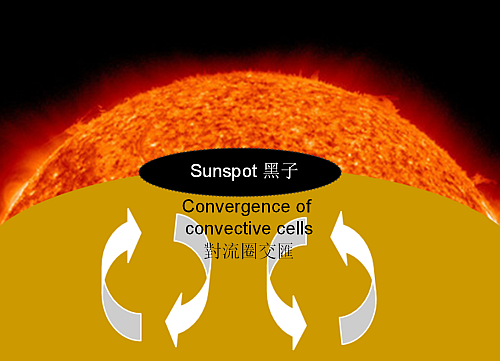 Figure 1:  Convective cells underneath a sunspot

As a sunspot marks where the sinking branches of multiple convective cells meet, a large number of charged particles are brought together creating a strong magnetic field. When the Sun is particularly active, the vigorous convective motion could twist the field lines so much that they have to be reconnected. During the reconnection process, those particles originally trapped in the magnetic field lines would get flung out, releasing a huge amount of radiation.

A solar storm brought some chaos to the telegraph system in 1859. On 1 September that year, English astronomer Richard Carrington observed one very extreme explosion of a group of sunspots through the image projected from his telescope (Figure 2).

Figure 2:  Sketch of the sunspots of 1 September 1859. Carrington observed patches of white light among the group of sunspots moving from points A and B to C and D before disappearing.(Image source: Monthly Notices of the Royal Astronomical Society)

This solar flare hurled at Earth a huge cloud of charged particles that arrived in just 17 hours and greatly interfered with the geomagnetic field. The resulting fluctuations induced large currents in telegraph wires, and sparks were reported at stations in Paris and Washington DC. Most lines had to be closed in response.

Since the telegraph was practically the only electrical system back then, the impact was relatively limited, but the solar storm itself is in fact one of the most powerful storms on record. Energetic particles from the Sun could trigger a chain of chemical reactions that result in nitrates being deposited onto the Earth's surface and preserved in ice cores, and samples corresponding to 1859 have been analysed to show the highest concentration of the compound in 500 years. The Carrington Event is therefore believed to be the largest over these past centuries, and is often portrayed as the worst-case scenario. If a solar storm of such magnitude were to happen today, the impacts would certainly be much more serious.