Wireless networking communication products - how safe are they?

Wireless networking communication products - how safe are they?

As technology progresses and data demand over the wireless network increases, there are more and more communication products making use of electromagnetic waves to transmit data. While we are enjoying the convenience brought by these products, we are also facing the issue of how to use them safely.

What kind of radiation will the wireless networking communication products bring to us?

What are the sources of non-ionizing radiation?

What potential impact on health does non-ionizing radiation bring?

The energy of non-ionizing radiation causes water molecules in the human body to rub against each other. This leads to an increase in body temperature and thus may bring damage to internal organs. The non-ionizing radiation may also perturb the human body's own weak electromagnetic field, causing stimulation of nerves and muscles. We are constantly exposed to various forms of non-ionizing radiation, which are emitted from natural and man made sources. At present, the Office of the Communications Authority (OFCA) (Office of the Telecommunications Authority before March 2012) of the Hong Kong Special Administrative Region has their code of practice to protect workers and the public against hazards from non-ionizing radiation. It was developed with reference to the standards set by the International Commission on Non-Ionising Radiation Protection (ICNIRP). For more details on radiation safety of radio base stations and hand-held mobile communications devices, please visit OFCA's webpage.

Warning sign of radiofrequency radiation is used to mark an area where the electromagnetic fields may exceed the limits recommended by the ICNIRP(Source of reference: Office of the Communications Authority)

Is it safe to use a mobile telephone?

When people use mobile telephone, the phone will send out radio waves to the transmitter station. Generally speaking, there is less radiation when the mobile phone is in standby mode. The radiation level will be higher while conversing and will be greatest when the phone call is just put through. Because of its low power of transmission, a mobile phone generates only a small amount of radiation. Many studies have concluded that there is no evidence that mobile phones bring hazards to health when used under normal operation conditions. 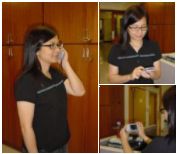 With its multiple applications, mobile telephone is very popular nowadays

What is the radiation level of Wi-Fi network?

Wi-Fi, the abbreviation of Wireless Fidelity, is a standard of wireless networking communication for supporting Internet service within a short range, usually about a hundred metres. Wi-Fi facilities send out non-ionizing radiation, but according to research, the intensity of radiation is less than 1% of that from common mobile telephone. Its effect to body tissue is very low and tends to be negligible. Currently, there are many commercial entertainment places in Hong Kong providing Wi-Fi facilities for customers connecting to the Internet with their personal digital assistant or portable computer.

Does the radio frequency identification system (RFID) have any health effect on us?

The wireless radio frequency identification technology, known as RFID or the electronic label, is a kind of non-contact automatic identification technology. An RFID system consists of a transceiver with antenna, which emits and receives radio signal to and from a tag, and transfers the information to the data processor. The technology can be applied to tracking goods, obtaining real-time statistics of merchandizing goods and guarding against shop theft etc. With its multiple applications, RFID is gaining popularity in Hong Kong. For example, the Hong Kong Airport Authority (AA) adopts the RFID system for tagging and tracking passengers' baggage and many local public transport systems and retailers use smart card in payment system. According to studies, the intensity of radiation emitted by the RFID system is well below the ICNIRP guideline reference level, and the health effect if any is expected to be very low. 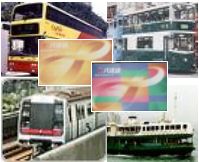