The use of Nuclear Fusion Technology in the 21st Century

The use of Nuclear Fusion Technology in the 21st Century

Nuclear fusion powers the stars.  The Sun through nuclear fusion provides heat energy for the Earth so that it can attain suitable temperatures for the breeding of life.

With the growing concern on global warming in recent years, scientists are pursuing actively new energy technology so as to cut down the reliance on the use of fossil fuels.  Nuclear fusion is an ideal choice as it can provide clean energy with no release of carbon dioxide and long-lived nuclear waste is not produced.  The fusion fuel used is Deuterium (D) and Lithium (Li).  Deuterium is an isotope of Hydrogen.  Water provides large amount of Deuterium while Lithium can be found in a lot of different matters in our planet.  In simple terms, nuclear fusion can proceed as follows:

For the D-T fusion fuel to merge as in reaction (1) above, it is necessary to provide a very high temperature environment (15 millionoC).  In such high temperatures, the D-T fusion fuel will be ionized to become plasma which is composed of high speed positively charged ions and negatively charged electrons.  To avoid the D-T plasma going unstable, one of the methods is to employ a strong magnetic field to confine its motion.

As early as in 1946, scientists have begun developing nuclear fusion technology, in particular, the magnetic confinement method to control the movement of plasma.  In the late 70s of the last Century, the European started the Joint European Torus (JET) project and the related nuclear fusion power plant was constructed in the United Kingdom (Figure 1).  In the 1990s, the plant successfully produced a fusion power of 16 Megawatt, lasting for a few seconds. 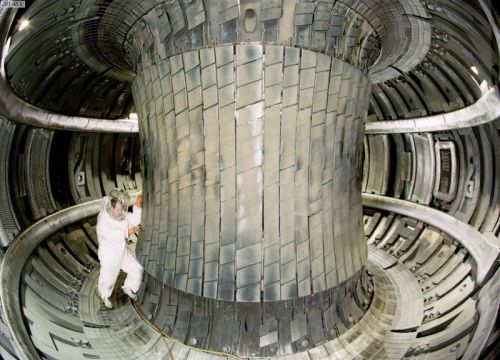 Figure 1:    The inner structure of the fusion reactor of the Joint European Torus project(Source of photo: EFDA-JET)

In 2007, a much larger scale project called "International Thermonuclear Experimental Reactor (ITER)" began.  The project's aim is to produce 500 Megawatt fusion power lasting for around 8 minutes within the 21st Century.  The fusion reactor is now being built at Cadarachea in southern France.  It is hoped that this project can enable further breakthrough of the nuclear fusion technology, easing the future energy crisis faced by mankind.