How to Determine the Age of An Antique?

How to Determine the Age of An Antique?

Why do we need TL dating?

TL dating is a simple but reliable scientific method to determine the age of geological samples, archaeological specimens and antiques. It is applicable to samples that range in age from a few hundred years to several hundred thousand years. The more common carbon-14 dating is confined to a few thousand to a few tens of thousand years only.

What is the principle of TL dating?

Most antique objects contain crystalline materials such as quartz, feldspar and calcite. When the crystals are exposed to cosmic ray and other radioactive substances within the object and the surrounding, the radiation energy released will be absorbed in the crystals. The total energy stored is more or less proportional to the time that has elapsed since the object was produced and fired (Note: when the object was fired, all previously stored energy was released). In the process of TL dating, the object is heated so that the energy stored in the crystals is released in the form of light. By measuring the amount of light, one can calculate the total energy, or radiation, received by the object since its production, and then deduce its age if the rate of absorption of radiation is known. 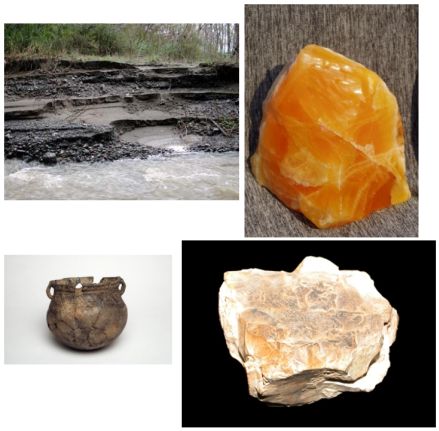 TL dating is applicable to determining the age of ceramic, calcite, flint and sediment.

There are laboratories in local universities and private sectors which carry out research on TL dating. For a charge, they also provide services on authentication and archaeological dating to the public.