When we travel by airplane at high altitude, we are generally exposed to higher cosmic radiation, compared to the amount we receive on the ground.  Between 6km and 12km altitude where the commercial airplanes usually fly, we receive an elevated level of cosmic radiation, mainly from galactic and solar origins. 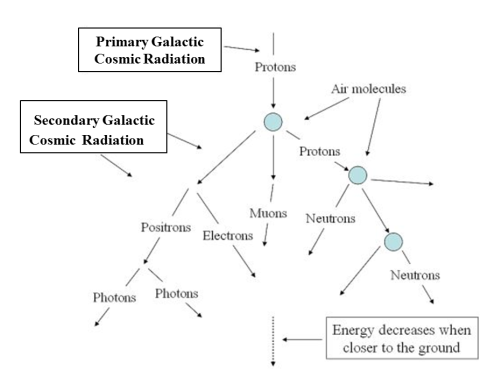 The atmospheric shielding effect against cosmic radiation primarily depends on the Earth's magnetic field and air molecules which vary with time and location.  Thus, the amount of radiation dose we receive during air travel will be affected by a number of factors, including flight period, flight altitude and flight path.  If you would like to have a rough estimate on how much radiation dose you receive, including information on doses corresponding to flights from Hong Kong to some popular destinations, please try the dose calculator available online at https://www.dbcp.gov.hk/eng/edu/cal.html.