Radiation from Wind and Rain

Radiation from Wind and Rain

We are living in a world surrounded by radiation. The radiation comes from the Earth below and from cosmic radiation through space above.

On Earth, naturally-occurring radiation is here before human existence.  Such environmental radiation existing in the Earth crust diffuses slowly into air, water, soil and the body of living organisms (animals and plants).  As radiation cannot be felt or sensed, it was not until about a hundred years ago when scientists discovered the existence of radiation and invented instruments to measure it.

In addition to natural radiation, there is also man-made radiation generated from medical uses, nuclear power generation and other purposes.  As it is under controlled use, such artificial radiation is generally negligible in the environment1.

For instance, during a typical rain episode, initially, rain will wash down natural radioactive materials in the air to the ground, raising the ambient radiation level in a very short time. Then after prolonged rainfall, some natural radioactive materials in the air have been washed away, thus lowering the ambient radiation from its peak level for some time before returning to normal.

A good case showing the variation of ambient gamma radiation brought about by rain and northerlies is the rainy and windy episode from 15 to 17 December 2013.  The approach of an upper level disturbance brought rain to Hong Kong on 14 December and the rain became heavier and more frequent over the next couple of days.  Coupled with the arrival of an intense winter monsoon, temperatures fell significantly and it was gloomy, rainy and cold on 16 and 17 December.  As the rainbands associated with the upper level disturbance moved away on 18 December, rain ceased and local weather turned mainly fine and dry (Figure 1). 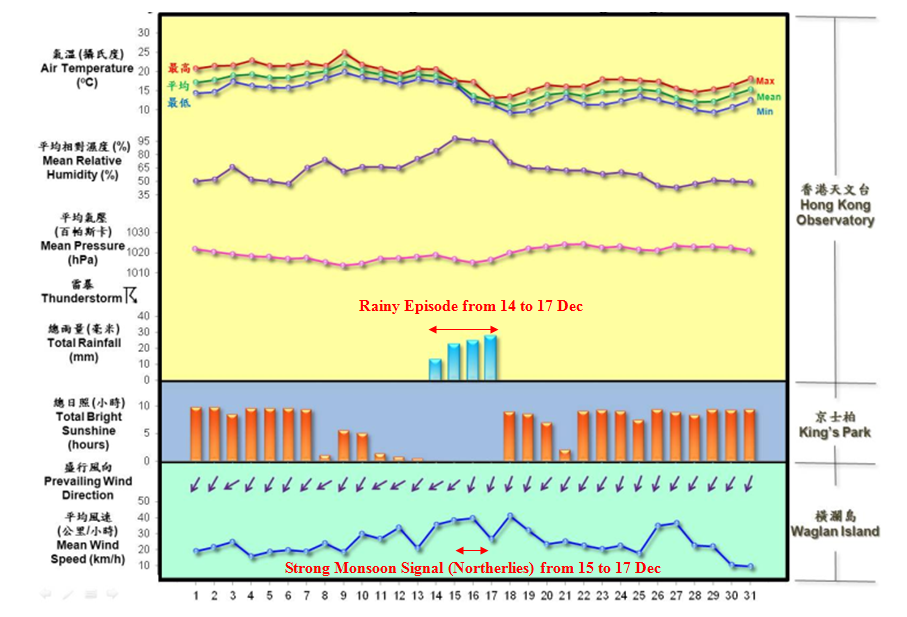 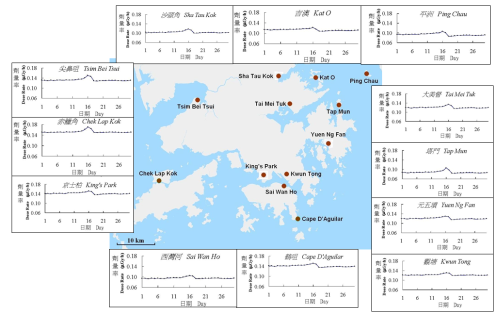