As scientists the world over join hands to celebrate the International Year of Chemistry, 2011 also marks the 100thanniversary of the award of the Nobel Prize in Chemistry for Marie Curie's discovery of polonium and radium.

Students attending high school science years ago might remember the curie as a unit of radioactivity, which was named in honour of Madame Curie. It was replaced by the becquerel in 1975 as the official unit in the International System of Units (SI). The latter unit has been named after the French physicist, Henri Becquerel, who shared the Nobel Prize in Physics with Marie and Pierre Curie (her husband) in 1903 for their work in radioactivity.

Marie Curie (1867-1934) had many firsts. She was the first woman to win a Nobel Prize. She was the first person honoured with two Nobel Prizes, one in physics in 1903 and the other in chemistry in 1911. To this day, she is the only woman to win the Prize in two different fields. She established the theory of radioactivity, a term she coined, and developed the techniques for isolating radioactive isotopes. She was also the first female professor at the University of Paris.

Madame Curie was born in Warsaw and remained there until she was 24. She went to study in Paris in 1891 and obtained her higher degrees there. She carried out her subsequent research in Paris and remained a loyal French citizen. However, she never forgot her Polish origin. She gave the first new chemical element she discovered the name of 'polonium' for her native country. She also found a radium institute in Warsaw in 1932. 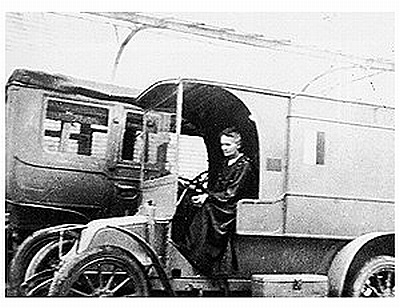 We now know that both polonium and radium are present in uranium ores in very small amounts --- 0.7 gram of radium in a tonne of ore. You can imagine the toil and hardship researchers had to go through when isolating these elements. The damaging effects of radioactivity were not known in those early years, and Curie's death was almost certainly related to radiation exposure.

Polonium is extremely toxic - by mass, 250,000 times more toxic than hydrogen cyanide. The reader may recall the apparent killing by polonium poisoning of a former KGB officer in London in 2006.

Radium was named for the intense radiation it emits. It gives off a faint blue luminescence and was used on self-luminous watches, clocks, nuclear panels, aircraft switches and instrument dials in the early days when people were not aware of its radioactive hazards.

The discovery of radium provided the New Zealand-born British scientist Ernest Rutherford with a source of radioactivity to probe the structure of the atom in 1909. This led to Rutherford's atom model which revolutionized the field of nuclear physics.

Apart from radiation hazards, Curie's work has unexpected effects. It led to the development of the atomic bomb and the Chernobyl disaster --- a grim reminder to us all that nuclear energy should be used safely and beneficially.

This year also marks the 50th anniversary of radiation monitoring in Hong Kong. The Observatory started monitoring atmospheric radioactivity in 1961 during the era of extensive atomic tests in open air. The work is carried out at the laboratory at King's Park, Kowloon. During this period, a notable event perhaps is the collection and detection of very minute amounts of atmospheric fallout from the Chernobyl accident in 1986. Laboratory measurements showed that the radiation levels in such fallout were extremely small, amounting to 0.00001 - 0.0001% of the level necessitating some kind of countermeasure. 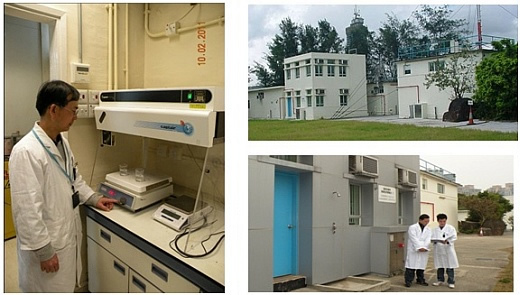 Because of the establishment of nuclear power plants across the border in Daya Bay, the monitoring work was expanded in late 1980s to include water, soil and food. A Radiochemistry Unit of the Government Laboratory was set up at King's Park to extract radioactive elements from collected samples. Since the start of operation of the power plants in the early 1990s, there has been no measurable change in the radiation levels in Hong Kong. Both the Government Laboratory and Observatory received accreditation satisfying, respectively, HOKLAS (Hong Kong Laboratory Accreditation Scheme) and ISO (International Organization for Standardization) requirements as a recognition of the quality and professionalism of their radiation monitoring work.