A New Era of Meteorological Satellites

A New Era of Meteorological Satellites

"Fengyun-4A (FY-4A)" satellite, the first member of the Fengyun-4 series satellites, was successfully launched at the Xichang Satellite Launch Center of China in the early morning of 11 December 2016. About a month earlier on 2 November, Japan launched the "Himawari-9" meteorological satellite. "GOES-R", an American meteorological satellite, was also put onto the sky on 19 November. The FY-4A, Himawari-9, and GOES-R, together with MTG satellite now under development in Europe all belong to a new generation of geostationary weather satellites. After entering its orbit, the new FY4A satellite will undergo in-orbit tests for several months to a year before being put into operation. When these satellites enter services, a new era of global meteorological satellite services will commence.

How are the new generation of meteorological satellites compared with the previous generation?

Satellites of the new generation possess more observation channels and are capable of providing more rapid updates which are of higher resolution. For instance, the FY-4A satellite is equipped with 14 observational channels. This is 2.8 times of the 5 observational channels of the previous generation. The speed of observation is also more than doubled where a full-disk scan can be made every 15 minutes and a regional scan of an area of 1000 km by 1000 km can be made every minute. The finest resolution of visible image is also enhanced from 1.25 km to 500 metres per pixel, an improvement by a factor of 1.5. Himawari-9 satellite, a backup of Himawari-8 satellite which has been in operation since mid-2015, is equipped with 16 observational channels where images are updated every 10 minutes. It can undertake regional observation every 2.5 minutes and can be deployed to track the development of typhoons. Figure 1 is a visible image of Typhoon Nida captured by Himwari-8 satellite on 1 August 2016. Fine details of spiral cloud bands around the eye and convective clouds surrounding the eye wall can be observed on the image. With the use of multiple channel data and image analysis techniques, satellites of the new generation can provide images for identification of specific weather or phenomena, such as dust storms, volcanic ash, deep convections, cold and warm air masses, cloud types, etc. In addition, sea surface temperature and aerosol thickness can be derived from the satellite data. Figure 2 highlights volcanic ash erupted from a volcano in Indonesia on 19 July 2015 via processing of Himawari-8 data. The Observatory will from time to time update "Satellite Imagery of Interest" on its satellite webpage. The public can access to the imagery via the Internet link shown in this article.

What are the other technical breakthroughs of FY4A satellite?

Apart from an Advanced Geostationary Radiation Imager on board for multiple channel observations, FY4A is also equipped with a Geostationary Interferometric Infrared Sounder – the first of its kind installed on board of a geostationary satellite. The Sounder can perform high precision analysis of the atmosphere to obtain profiles of temperature, humidity and stability indices distribution, similar to CT scans in body check. With incorporation of these data into numerical weather prediction models, it is hoped that the development of strong convective weather can be identified a few hours earlier. Furthermore, a Lightning Mapper Imager on board is able to take 500 lightning images every second for detecting the total number of lightning and their strengths. Real-time and continuous observation of lightning together with cloud images and other data, the satellite can help monitor and track the development of strong convections, providing early alerts for thunderstorms and severe weather.

Where can we see these high resolution satellite imageries?

The Observatory has updated its satellite Internet webpage in phases in March 2016 and in February 2017. With the use of Himawari-8 and other satellite data, the webpage now provides high resolution imageries of southern China and the coastal regions of Guangdong, and global mosaic images (Figure 3), which are useful for a better appreciation of the weather in Hong Kong and its vicinity, and in other parts of the world. Update frequency of satellite image covering eastern Asia was enhanced from once 30 minutes to once 10 minutes. Black and white visible imageries were also upgraded to true colour imageries (Figure 4).

Figure 1   Visible Image of the Typhoon Nida captured by Himawari-8 Satellite at 01 UTC on 1 August 2016. 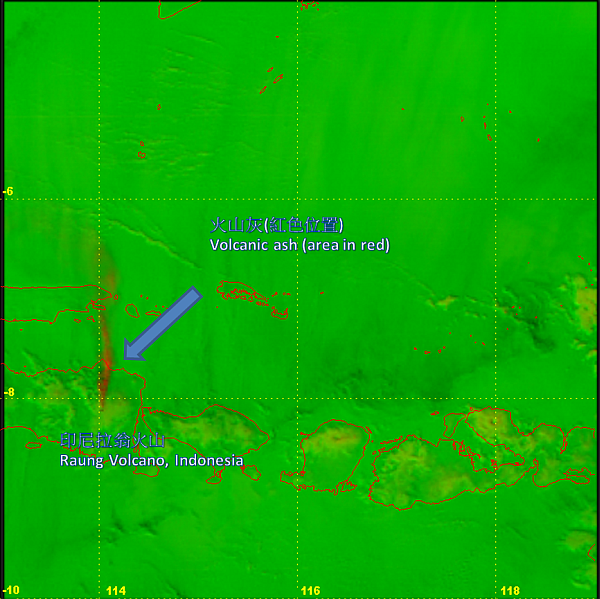 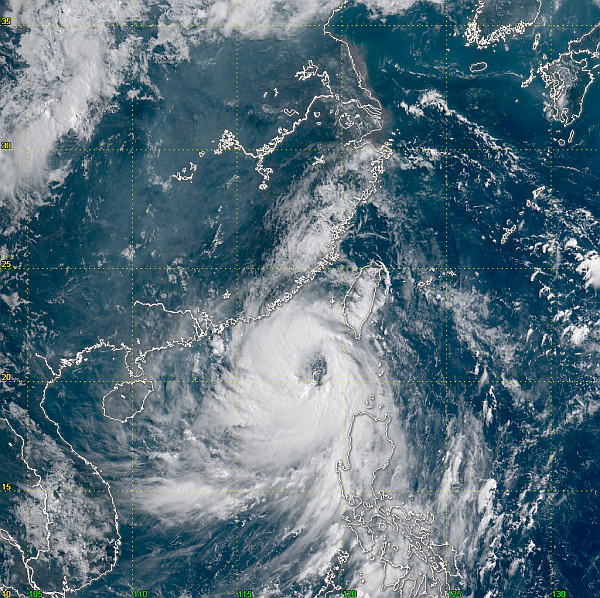