Compared with geostationary weather satellites, polar-orbiting weather satellites provide cloud images with higher resolution.  This makes them very good at revealing the fine details of cloud structure, and facilitates the monitoring of the effects of hazardous weather such as tropical cyclones and rainstorms on Hong Kong.  A comparison of the mode of operation of the above two types of satellites is given in Table 1.

The Hong Kong Observatory installed a ground reception system at the King's Park meteorological station (Fig. 1) in late 2001 for receiving information from polar-orbiting weather satellites. The high-resolution images and the multiple observational channels on-board these satellites assist the weather forecaster in observing small-scale weather systems and other phenomena on the earth, such as the structure of tropical cyclones, fog, hill fire, sandstorm and dust. 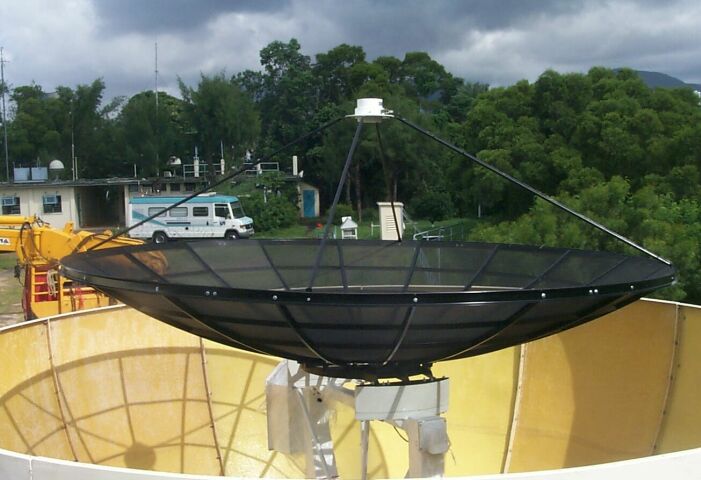 With resolution of down to about 1 km, polar-orbiting weather satellites enable good depiction of the structure of tropical cyclones and estimation of their location and strength. Figure 2 shows clearly the eye of Typhoon Haiyan as well as its outer circulation and cloud bands.  At the time the image was taken, Haiyan attained a wind strength of 140 km/h near its centre. 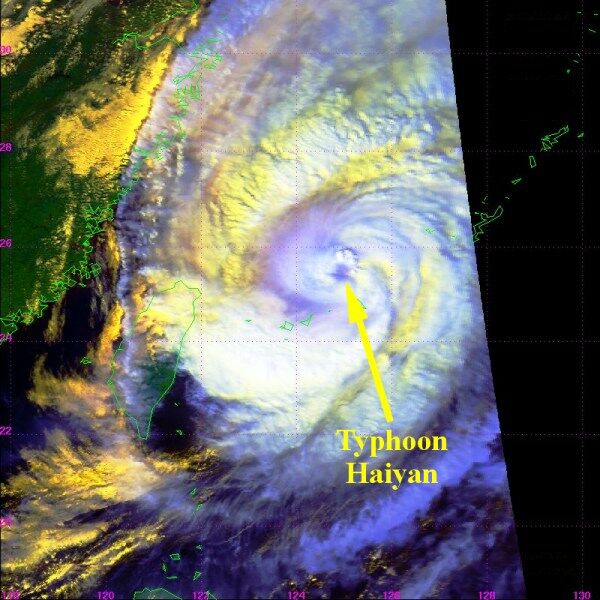 Fog appears near land or sea surfaces.  With the images' high resolution and special observational channels on-board the satellites, fog can be discerned by means of colour enhancement. Figure 3 is a good example of a low visibility event. Widespread fog (depicted in red) affected the coast of Guangdong that morning (17 January 2002), with the visibility in Hong Kong reduced below 500 m.  While the fog dissipated gradually during the day, some fog patches remained over the coastal waters and these were discernible (in pale yellow) on the image in Figure 4. 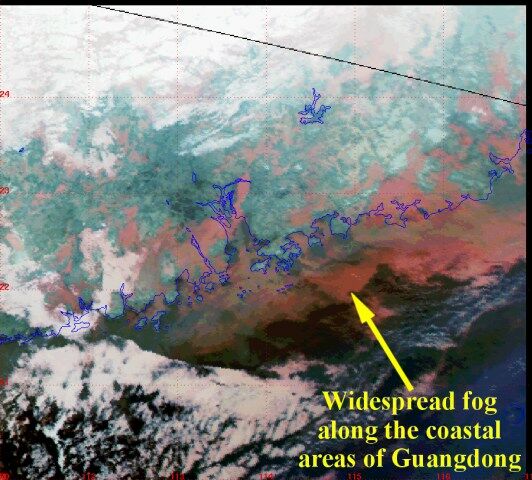 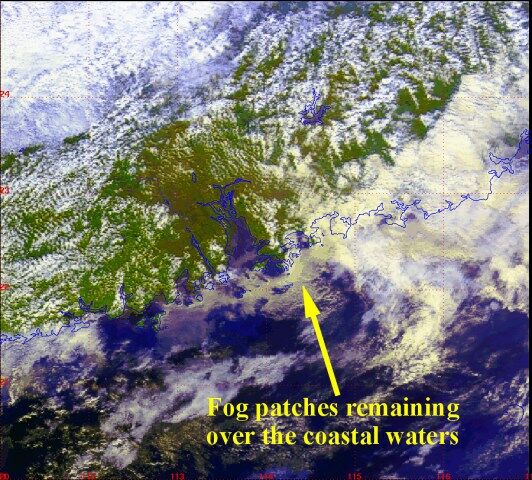 One of the observational channels on the satellites is particularly sensitive to changes in surface temperatures.  The images obtained with this channel enable observation of hill fires.  The dry weather over southern China on 26 to 27 November 2001 offered a good opportunity for such. With the relative humidity in Hong Kong down to about 50 percent, a number of hill fires were reported on these two days.  The red and dark spots indicated by arrows in Figure 5 show the locations of hill fire, one of which was near Tsuen Wan in the New Territories. 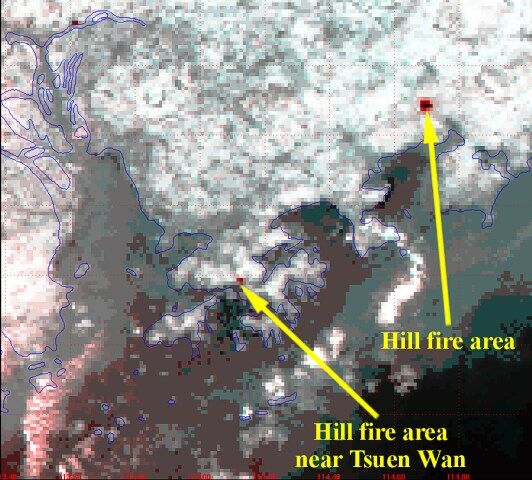 Images from polar-orbiting weather satellites are also useful in discerning sandstorm and dust. Figure 6 presents a satellite image taken in the afternoon of 8 April 2002, showing the extent of dust over the East China Sea to the east of Shanghai. The dust originated a couple of days earlier generally from Xinjian and Nei Mongol. At that time, the East China Sea was covered by an extensive rainband which could effectively wash out dust moving southward.

NOAA stands for National Oceanic and Atmospheric Administration of the United States.