What is a Meteorological Satellite?

What is a Meteorological Satellite?

As the name suggests, a geostationary satellite is stationary relative to the earth. That is, it moves above the equator at the same rate as the earth's rotation so that all the time it is above the same geographical area on the earth. In this manner, it is capable of taking cloud images of the same area continuously, 24 hours a day. As it is some 35,800 kilometres from the earth, it is capable of taking cloud pictures covering part of the whole globe. 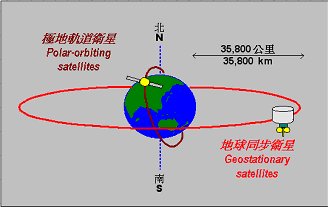