The Hong Kong Observatory (HKO) established its first two Automatic Weather Stations (AWS) in 1984, one at its Headquarters in Tsim Sha Tsui and another one at Sha Tin.  By the end of 2014, the number of AWS operated by HKO has increased to over 80, and is believed to be one of the densest AWS networks in the world.  This AWS network collects vital meteorological data essential for the provision of weather forecasting and warning services in Hong Kong.  A typical AWS usually comprises several conventional instruments to measure air temperature, relative humidity, wind speed, wind direction, rainfall and atmospheric pressure. 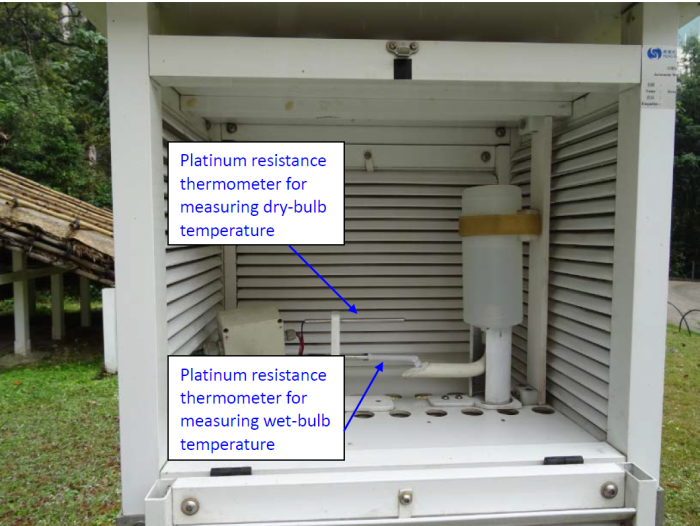 Most HKO AWS use a cup anemometer to measure wind speed and wind direction (Figure 2).  The wind speed sensor consists of a three-cup assembly mounted on a vertical spindle rotating in ball bearings[2].  The wind cups rotate as the wind blows and the rate of rotation reflects the wind strength.  The wind vane on the other hand measures the wind direction.  The sharp pointer indicates the direction from which the winds are blowing.  The anemometer is generally required to be installed in open terrain at a height of around 10 metres above the ground. 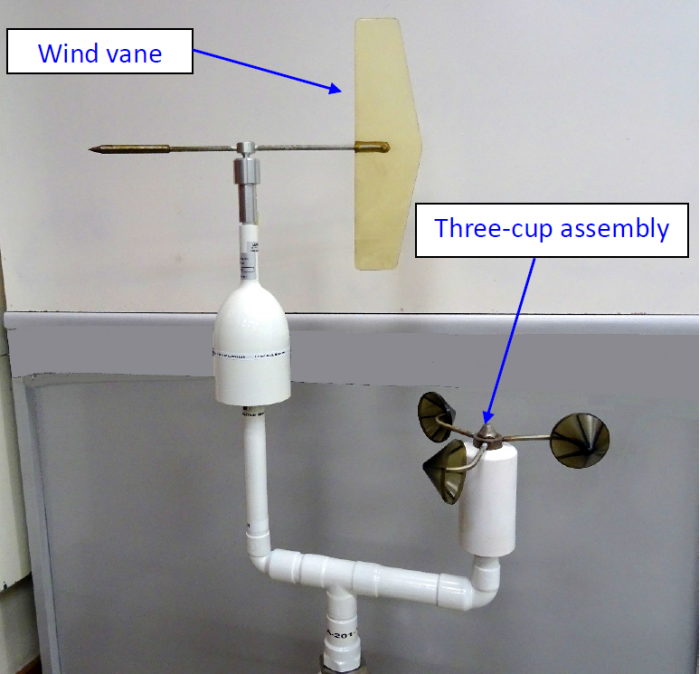 Rainfall is usually measured by a tipping-bucket raingauge.  A tipping-bucket raingauge consists of a light bucket which is divided into two equal compartments pivoted at its centre like a see-saw (Figure 3).  Rain is collected at one compartment and when a predetermined amount of water is received, the bucket overbalances and tilts, discharging the collected water and allowing the other compartment to begin filling.  The number of tilts during a certain period is used to calculate the total amount of rainfall recorded during the period.  The raingauge should also be installed at a certain distance from obstacles. 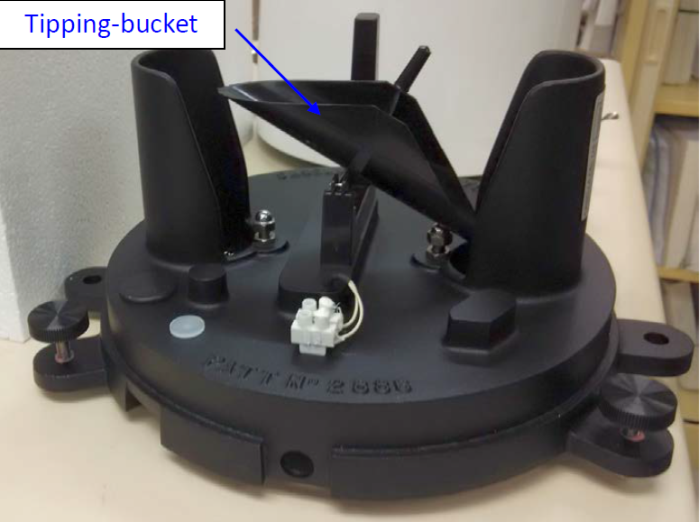 Atmospheric pressure is usually measured by capacitive pressure transducer.  The pressure sensor contains two closely spaced, parallel and electrically-isolated metallic surfaces.  One of which is essentially a diaphragm that can be bent slightly in response to the variation of air pressure.  Its small mechanical movement, caused by the change of air pressure, alters the gap between the two metallic surfaces and thus creates effectively a variable capacitor.  The resulting change in capacitance is then used to determine the atmospheric pressure.  The pressure sensor is generally installed indoors with relatively stable environmental conditions.