Why is the equator very hot and the poles very cold?

There are several factors that influence the amount of sunshine received at various places on the earth. 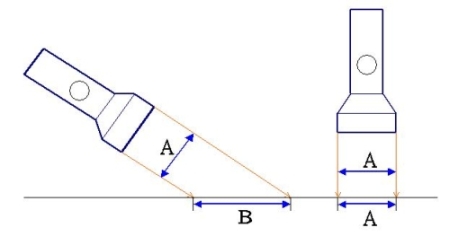 Figure 1: With the beam at an angle, area B is greater than area A. 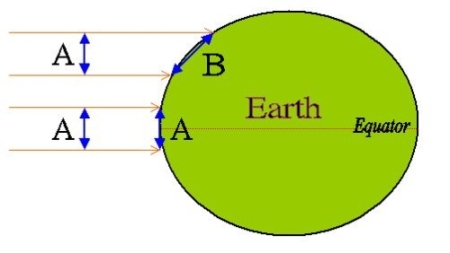 Figure 2: Rays from the sun to the earth. The area lit by the sun's ray is greater at A than at B. So, the solar energy falling on a unit area is greater at the tropics than at higher latitudes.

The other factors, which are less important, include:-

b) Reflection by the earth's surface. As the sun's ray reaches the earth, some of the energy is reflected back and does not warm up the place. The amount of reflection depends on the nature of the surface. Snow is an extreme in terms of reflection, since as much as 75 to 95% of the incoming sunshine is bounced back - not much help for the already cold weather in snow-covered areas. However, with an overall decreasing trend in snow cover in recent years due to climate change, more and more solar energy gets absorbed. A very likely consequence is still warmer conditions and less snow cover, further aggravating the equilibrium.

[Reference: The Wonder of the Weather, Bureau of Meteorology, An AGPS Press publication.]