Why clouds are white?

What are the differences between light scattered by the atmosphere and by clouds?

Since the size of air molecules and particulates in the atmosphere are comparable to the wavelengths of visible light, sunlight is scattered by the atmosphere by "Rayleigh scattering", where blue or purple light (with shorter wavelengths) are more likely to be scattered than red or orange light (longer wavelengths) (More details are available in "Blue sky").

However, the size of water droplets or ice crystals inside the clouds (about 10µm or larger) are much larger than visible wavelengths, so all visible wavelengths are scattered about equally by such particles (Figure 3) and it is called "Mie scattering".  This type of scattering of light of all colors is different from the type of color-selective scattering (Rayleigh scattering) which gives the blue color of the sky.

Why do clouds turn grey or dark?

As a cloud grows thicker, more sunlight is reflected from it and less light can penetrate through it (see Figure 4).  Since little sunlight reaches the underside of the cloud, less light is scattered, and the cloud base appears grey.  Moreover, if the water droplets near the cloud base grow larger (say, just before water droplet are heavy enough to fall), they become less effective scatterers and more effective absorbers. As such, for a thick rain-bearing cloud, most sunlight is either reflected or absorbed before reaching the cloud base.  With much less light reaching the observer on the ground below, the cloud looks greyish and dark before rain begins to fall (Figure 5) 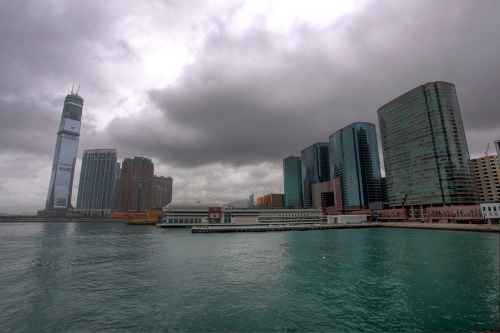 Why clouds are red/orange during sunset?

The colour of a cloud also depends on the colour of the light that illuminates it.  When sunlight passes through thick layer of atmosphere and dust particles at sunset, blue colour is scattered by Rayleigh Scattering and only red-to-orange color remains (see Question 2).  The clouds reflect these unscattered red/orange rays and appear in that colour (Figure 6).  The effect is much like shining a red spotlight on a white sheet.

Do the clouds at different heights turn red during sunset simultaneously?

Since the Earth is spherical, the clouds at different heights turn red at different time when the sun crosses the horizon (Figure 7). Just before the sunset, the color of low clouds (e.g. stratus) will turn red first.  Shortly after the sunset, the high clouds (e.g. cirrus) would be gradually stained in deep red and become apparent under the darken background.  A viewer on the ground can distinguish the clouds at different heights according to the relative timing of their color change during sunset (Figure 8). 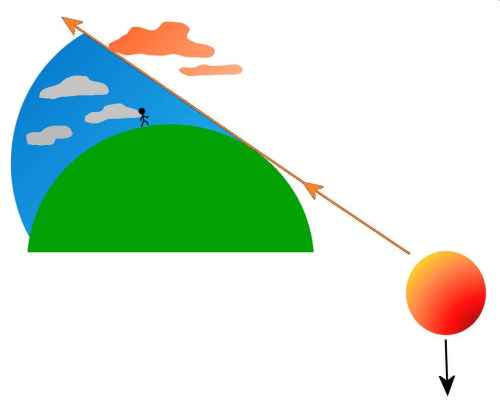 Figure 7:  Relationship between Suns position and height of red clouds after sunset.

What are the colors of clouds at night?

Clouds at night are visible only when there is a source of light.  Thin clouds will generally appear white under the white moonlight.  For the bottom of dense low clouds, the main light source is the light from the ground (usually orange or white light) originated from street lamps and other light sources in cities.  Such light shines on the cloud aloft and is scattered by the base of a low cloud, making the low cloud appears yellowish orange or white when observed in urban area (see Figure 9).  The phenomena will be more obvious if the cloud is lower or denser.

Figure 9:  The clouds on the left and right appear reddish orange and white respectively in a cloudy night(Photo courtesy of Dr. T.C. Lee, Hong Kong Observatory)