Models of isostasy were proposed more than a century ago to explain unusual gravity measurements (what is gravity? how is it measured?) made in various parts of the Earth.  The concept of isostasy is that mountains are compensated by masses of smaller density under the mountains while oceans are compensated by masses of higher density under the water.

Viewed in this way, isostasy is simply based on Archimedes' principle --- an immersed object experiences a buoyant force equal to the weight of the displaced fluid.

What are the unusual gravity measurements?

Figure 1 shows plots of the gravity anomaly respectively over the mid-Atlantic ridge, the European Alps, and the continental margins of southeast Australia.  Strikingly, these plots indicate that over the oceans the anomaly is strongly positive, increasing in magnitude with depth, while over highly elevated terrain it becomes markedly negative. 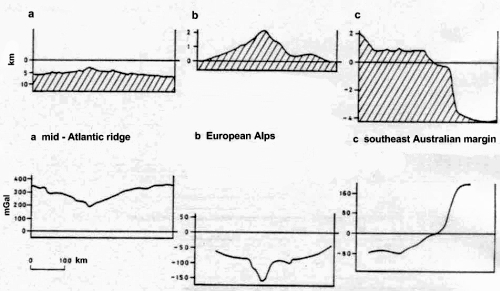 What are the models of isostasy?

There are several models based on different assumptions regarding the compensation mentioned under the first question above.  The two most commonly mentioned models are:- 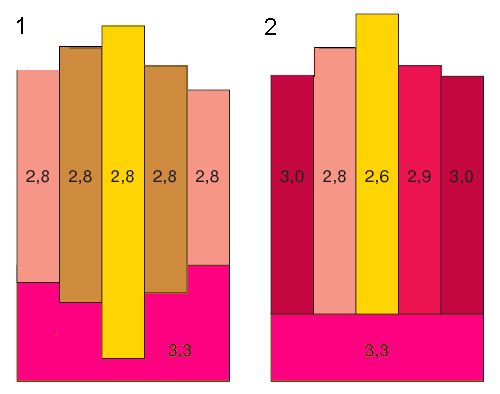 While both models are based on assumptions that are not too realistic, they describe amazingly well the gravity observed over regions of variable terrain, which indicates that the isostasy concept is obeyed over much of the world.

Is the Himalayas under isostatic equilibrium?

No.  Isostasy can only explain part of the rise of the Himalayas. Scientists are still figuring this out.  Some propose that the Himalayas is being constantly pushed to ever greater heights by the northward movement of the Indian Plate (see here).

What are the isostatic effects of sedimentation and erosion?

Where sedimentation occurs, the weight of the sediment may cause the crust below to sink.  Similarly, where erosion occurs the crust may rebound.

Likewise, when ice sheets form the crust may sink.  Conversely, when they melt the crust may rebound, such as what is happening around the Baltic Sea and Hudson Bay area of Canada.  Specifically, Scandinavia and Scotland were under more than 300 metres of ice during the ice ages, and uplift is fastest in the northern Baltic where it is still going on at a rate of about a metre a century, i.e. roughly one centimetre per year.  Like a seesaw, with less burden of ice on the other side of the landmass, southern Baltic and southern England are now sinking.  [Unfortunately, climate change makes things worse --- global warming makes the oceans warmer, which raises the sea level due to thermal expansion.  Furthermore, the oceans are receiving more and more water from melting glaciers.  Both factors cause the sea level to rise.] 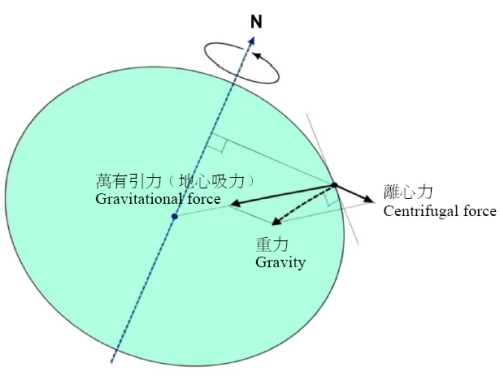 Figure 3 (The ellipsoidal shape of the Earth is exaggerated to illustrate the forces.)

Many of us are aware that the acceleration due to the Earth's gravity, g, is about 9.8 m/s2.  It varies with latitude and elevation.  For instance, the centrifugal force mentioned above is at a maximum at the equator, acts in the opposite direction and is about 1/3% of the gravitational attraction.  Also, g changes with elevation at a rate of about 3.1 x 10-6/s2.

Gravity also varies from place to place on the Earth's surface, reflecting the uneven distribution of mass in the Earth's crust and mantle.  There are also small short-term changes due to the changing attraction of the Sun and Moon.

How is gravity measured?

Gravity can be measured with a pendulum since the period of a pendulum depends only on its length and on gravity.  Gravity is therefore the measurement of a time interval and of length --- the period of the pendulum and its effective length.  There are other less common methods, e.g. by timing a free-falling object.

The above refers to absolute measurement of gravity.  Gravity can also be measured in a relative manner using gravimeters, in which a weight is suspended from a coiled spring whose length changes in proportion to a change in gravity.  While they measure only changes in gravity, gravimeters are more sensitive to small changes as well as simpler and faster to operate.  For this reason, most gravity measurements are made using gravimeters that measure the gravity relative to a base station at which the absolute gravity has been measured.  Compared with pendulum apparatus, gravimeters are 3 or 4 orders of magnitude more precise. 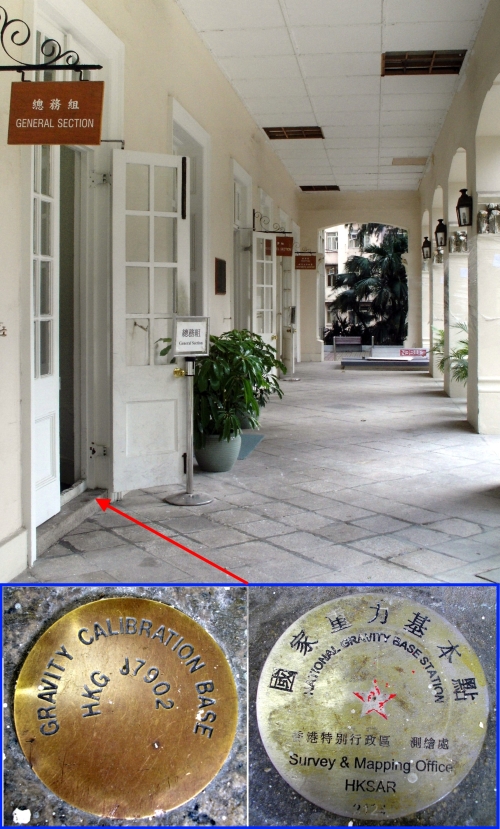 Gravity is now routinely measured on board artificial satellites.  Simply, as a satellite passes over a gravity anomaly it is accelerated /decelerated in its orbit.  While the anomaly itself may be relatively small, the cumulative acceleration/deceleration of the satellite during successive passes becomes measurable.