When we talk about "Ozone", what is the first thing that comes to your mind?  Many people may immediately think of "Ozone layer" in the stratosphere.  "Ozone layer" is where most of the ozone molecules accumulate at and typically located at around 20 to 30 km above the Earth's surface, blocking the ultraviolet rays (UV-C) which can directly damage our skin and increase the risk of skin cancer (Figure 1). 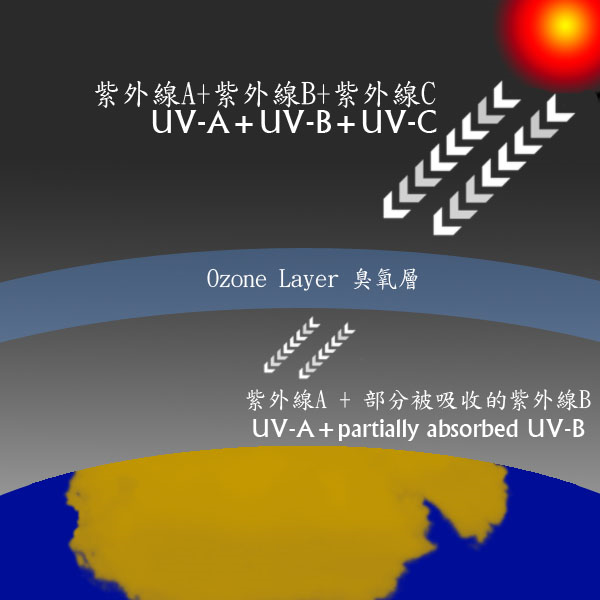 In fact, ozone exists in the entire atmosphere and its concentration changes with locations, altitudes and seasons.  Since 1993, the Observatory has been conducting upper-air ozone measurement.  A weather balloon with an ozone sensor kit is launched regularly at the King's Park Meteorological Station to monitor the variation of ozone concentration above Hong Kong (Figure 2).  As the Observatory is a member of the Global Atmospheric Watch (GAW) programme of the World Meteorological Organization (WMO), the data collected are disseminated to the World Ozone and Ultraviolet Radiation Data Centre (WOUDC) for monitoring and analysis. 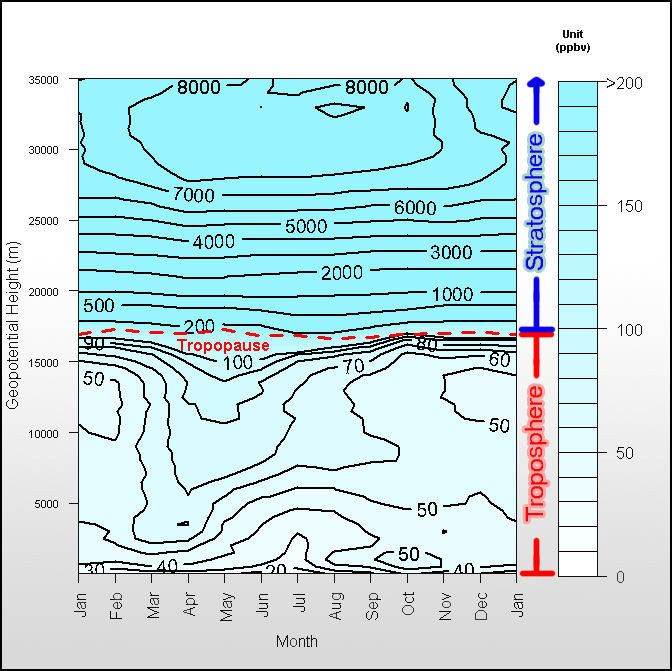 For instance, on a sunny day under the influence of a continental airstream, the ozone concentration in the lower atmosphere could build up significantly.  Figure 4 shows an example of a tropical cyclone case of Typhoon Haikui over eastern China on 8 August 2012, bringing a northerly continental airstream to Hong Kong.  On that day, the observed ozone concentration below 3 km altitude could rise to more than double of its long-term average (Figure 5)! 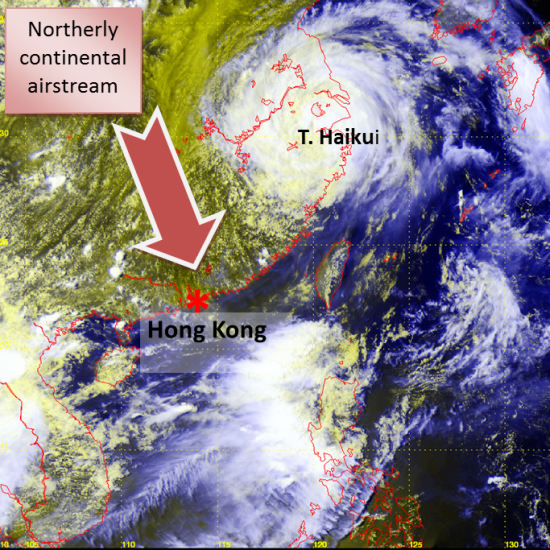 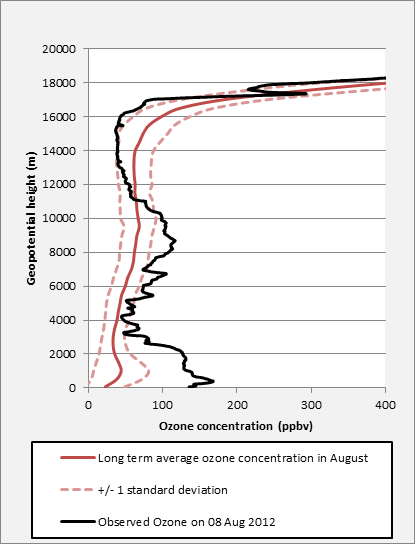