An Introduction to Phenology

An Introduction to Phenology

"The duck knows first when the river becomes warm in spring", "A falling leaf heralds the coming of autumn". The above two Chinese sayings describe the phenological phenomena of the onset of spring and autumn respectively.

Phenology is primarily a subject of studying the words of our nature, covering areas like the study of the growth, blossom and withering of plants, the timing of bird migration and insect activities, etc., with a view to understanding the change of climate and its impact on the ecosystem. Phenological observations have to be taken at fixed locations, fixed time and based on the same kind of natural activity. The recording format should also be standardized for easy comparison. Different regions have different phenological patterns depending on their latitudes, longitudes and heights. Even at the same location, the phenological pattern observed in the past may be quite different from the present. According to past studies, it may exhibit periodic variations and can even be affected by solar activities.

Entering the 21st Century, the influence of the Greenhouse Effect on the Earth is becoming more apparent. Phenological observations are essential as they can enhance our understanding of the impact of global warming on the biosphere. Looking around, numerous incidents have occurred which may reflect such impact. For examples, several years ago large herds of reindeers living near the Arctic Circle were drowned during their migration in autumn and winter, suggesting that the cause was due to the cracking of the ice layer on the icy lake which might not have grown thick enough; a tendency for early occurrence of cherry blossoms in Japan; large areas of pine forest in the mid-latitude regions were damaged by pine beetles which hatched out earlier and reproduced in vast quantity due to warm winter or hot summer; it was even observed that the blossoms of Kapok trees during winter in Hong Kong had changed with many green leaves still attached to the trees, while the trees used to be rather "bald" in the old days (see Figure 1). These observational facts have reminded us that our natural environment might have silently entered a stage of irreversible change. 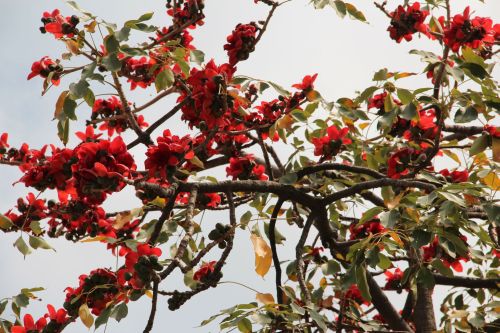 Figure 1:  The blossom of a Kapok tree at the roadside of the Argyle Street (photo taken by the author on 23 February 2013)