What are the Ozone conditions now in Hong Kong?

What are the Ozone conditions now in Hong Kong?

Oxygen is a chemical element (symbol O) ranking number 8 in the periodic table and has an atomic mass of 16.  When two oxygen atoms combine they form oxygen gas (symbol O2), which makes up one fifth of the volume of air and is the most essential element for life.  Ozone (symbol O3) is formed from three oxygen atoms and is a product of ultraviolet rays acting on oxygen in the air.  As ozone is very unstable, the extra oxygen atom is easily lost causing ozone to turn into the more stable oxygen gas.  On the other hands, rays of ultraviolet light in sunlight makes new ozone molecules and a certain concentration of ozone is maintained in the atmosphere and settles in a layer between 20 and 30 kilometers from the ground known as the "Ozone layer".

Figure 1.  Ozone layer at atmosphere keeps out the penetration of ultraviolet rays for protecting the living environment in the earth.
[Courtesy of FUNG Kwok-chu]

How does Ozone protect us? How can we protect the Ozone layer?

Ultraviolet rays can damage our skin and increase the risk of skin cancer.  It also affects our immune system and damages our eyes, leading to cataracts or even the loss of sight.  The ozone layer provides a shield (see figure 1) by keeping out over 90 percent of ultraviolet rays thus keeping us out of harm's way.

Studies indicate CFCs destroy ozone.  One molecule of CFC can destroy about a hundred thousand ozone molecules and reduce the ozone in the atmosphere leading to the occurrence of ozone holes at both the north and south poles. It would allow more ultraviolet light to reach the ground and affect the Earth's ecology. Therefore, we must at all cost reduce the use of sprays solution, refrigerant, air-conditioners and other products which contain CFCs. Furthermore, if we use such products, we have to arrange their periodic inspection and service to avoid accidental release of the CFCs.

Ozone is harmful or beneficial to human body?

Ozone is a colourless gas but has a pale blue colour and a slight odour of freshly cut grass at higher concentrations.  At first breath, ozone gives a feeling of freshness but it can become uncomfortable when a large amount is inhaled.  Although ozone has purifying, sterilizing and deodorizing power, it is hazardous to our eyes and lungs, even seriously damaging the lungs if ozone is inhaled excessively and causing death.  Because of industrial and vehicular emissions, the air in urban areas is often polluted.  A high concentration of ozone is formed under sunlight by photochemical effect at the lower atmosphere.  This is "bad" ozone. However, ozone at high altitudes protects all living things on Earth by absorbing ultraviolet rays from the sun.  In addition, a thin layer of ozone brought down from aloft after a thunderstorm is refreshing.  This is known as "good" ozone.

How to measure Ozone in atmosphere? 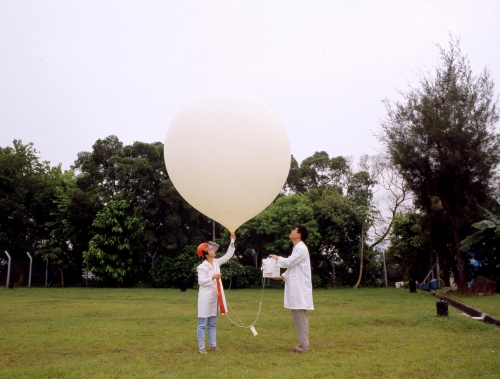 Figure 2.  Launching of upper-air sounding with a ozone sensor kit 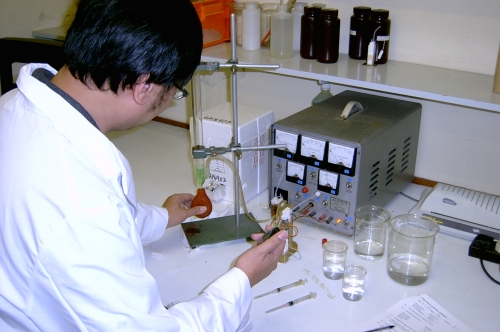 Figure 3.  Preparation of the solution for measuring ozone

What are the Ozone conditions in Hong Kong?

Although the ozone layer over Hong Kong protects us by absorbing the ultraviolet rays, it does not mean that it will not change in the future.  Thus, we have to treasure our environment and preserve the nature, to protect ourselves and our next generation. 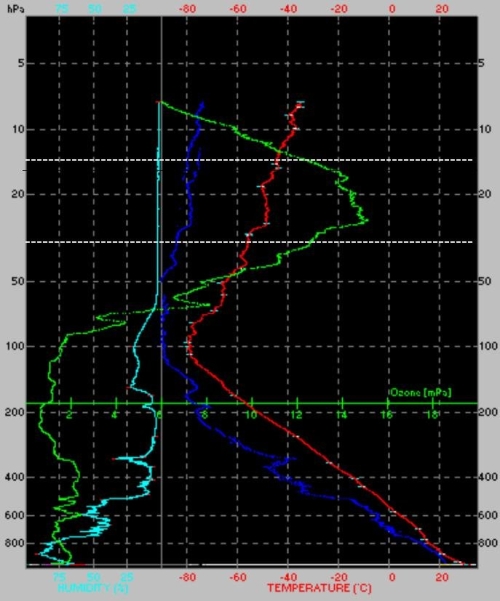