Deficit of rainfall over a period of time at a certain location could lead to various degrees of drought conditions, affecting water resources, agriculture and socio-economic activities.  Since rainfall varies significantly among different regions, the concept of drought may differ from places to places.  As such, for more effective assessment of the drought phenomena, the World Meteorological Organization (WMO) recommends adopting the Standardized Precipitation Index (SPI) to monitor the severity of drought events.

An advantage in using SPI is that only rainfall data are needed for its computation.  SPI can also be compared across regions of different climatic zones.  For more information about the methodology and applications of SPI, please refer to the WMO guideline. 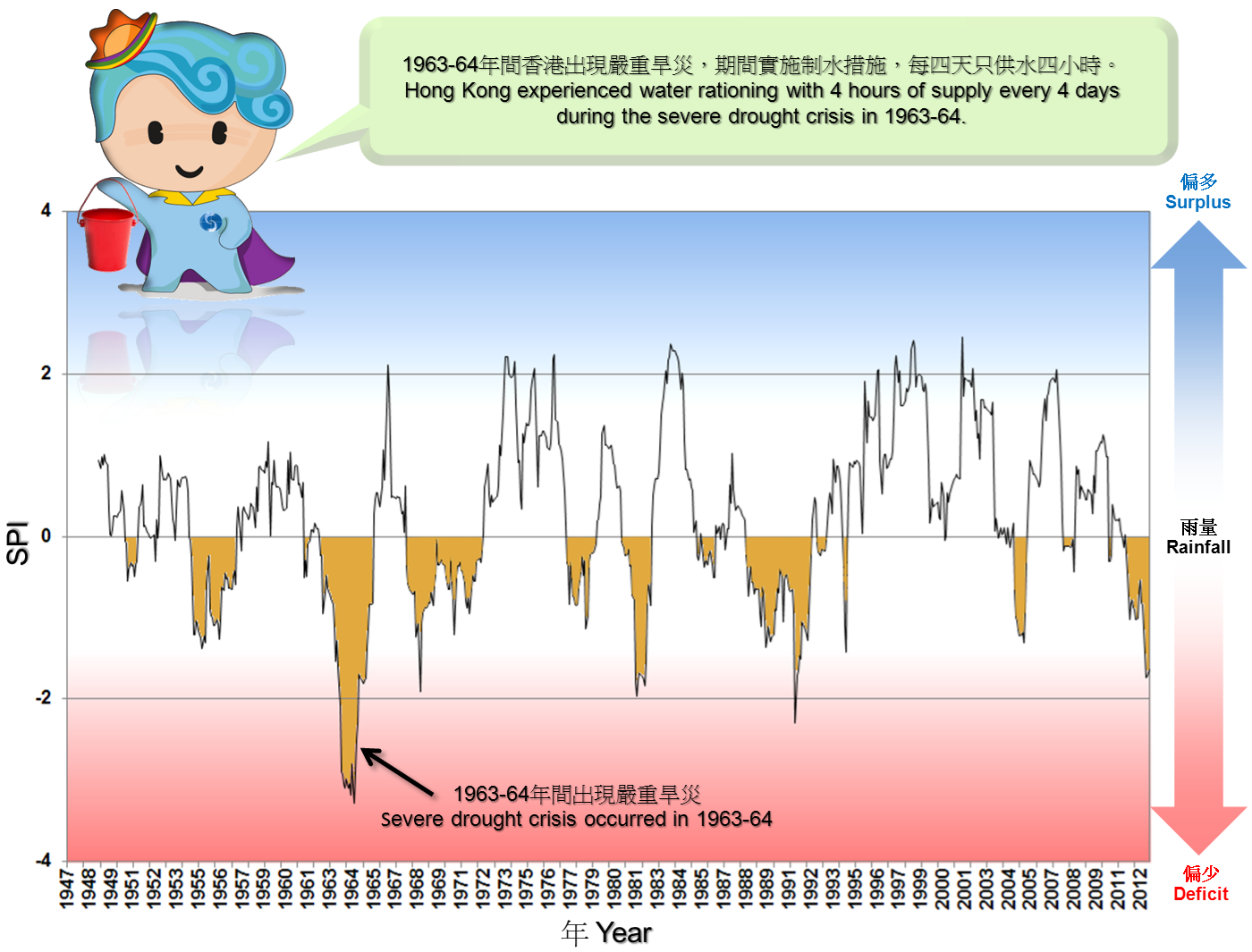