In 2015, Hong Kong recorded a summer (June – August) mean temperature of 29.4 degrees, the highest since 1884 and breaking the previous record set only last year in 2014. Why do the summer temperature records get broken so easily?

The world is moving towards the trajectory of a high greenhouse gas concentration scenario. If no effective mitigation measures are taken to reduce greenhouse gas emissions, we can expect more record-breaking summer temperatures in the future. 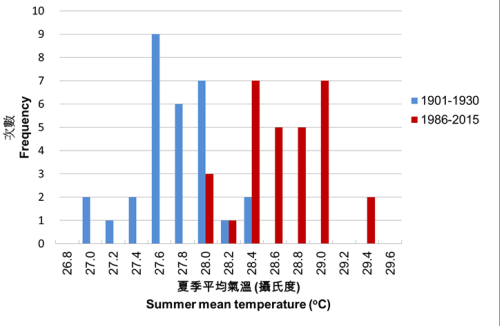