Winds blow over sea surface and generate waves that propagate along the wind direction. Waves grow with the strength of the winds. Huge waves generated by typhoons can rise above 10 metres in the open sea. Storm surge is a rise in sea level on top of the normal tide due to the combined effects of low atmospheric pressure and high winds associated with tropical cyclones. Primarily, the water is pushed towards the shore and piled up against the coast by the force of high winds associated with tropical cyclones to generate a storm surge (Figure 1). 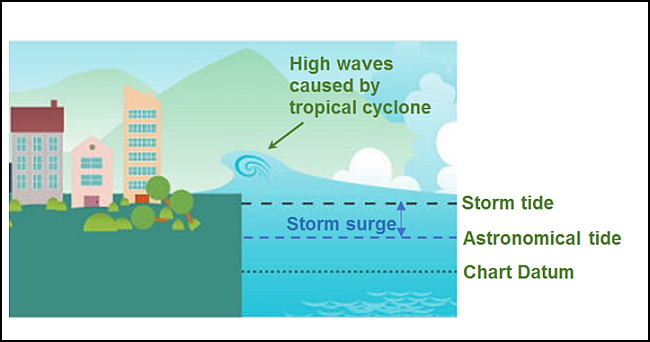 Figure 1   Illustration of storm surge and overtopping waves caused by a tropical cyclone.

Super Typhoon Mangkhut in 2018 brought huge waves to Hong Kong apart from severe storm surge (Figure 2). These waves approaching shores might even overtop seawalls to become overtopping waves. Overtopping is a sophisticated process which occurs intermittently at times of attack of individual high waves. Severe inundation could be resulted along the coastal areas due to overtopping waves in combination with storm surge under the effects of typhoons (Figure 3). How high the waves will get to and hence the degree of inundation depends on a number of non-weather related factors, such as shape of coastline, orientation, depth of seabed and structure of seawall, etc. Therefore, the wave heights experienced at different locations in Hong Kong can vary significantly as in the case of Mangkhut. 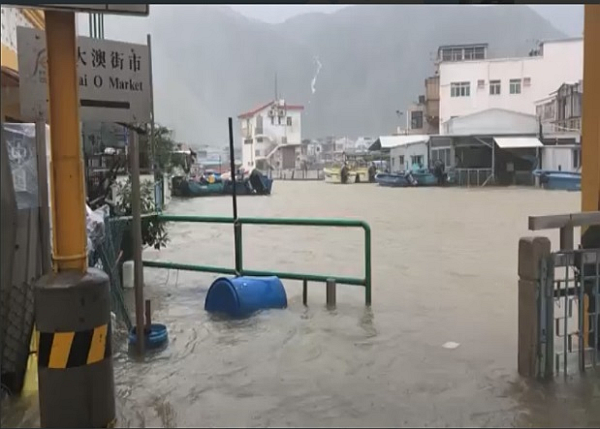 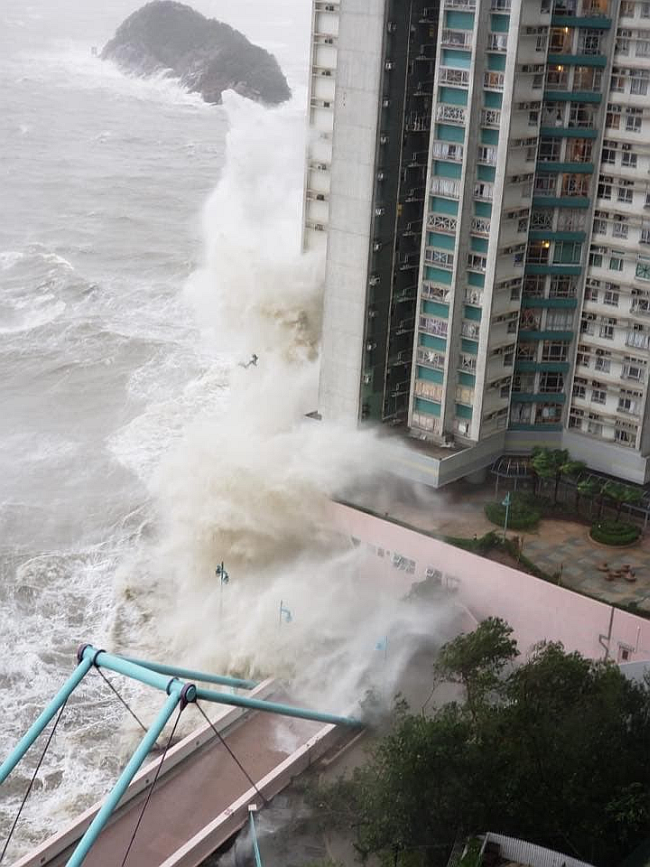 During the passage of Mangkhut in 2018, the sea level in Quarry Bay rose to a maximum of 3.88 metres above the Chart Datum and a peak storm surge of 2.35 metres, while the maximum wave height recorded at Kau Yi Chau and West Lamma Channel was about 6.8 metres. 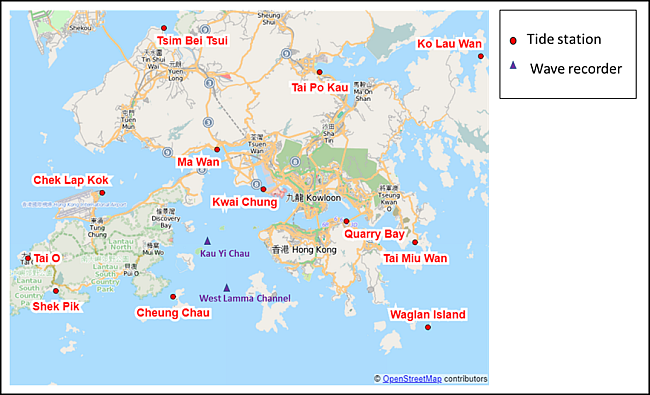