What is IWXXM?
IWXXM is made up of two components, namely Unified Modelling Language(UML)conceptual model and eXtensible Markup Language(XML). In day-to-day operations, IWXXM can be considered as the conversion of Traditional Alphanumeric Code (TAC) into XML format for all meteorological products as stipulated in Annex 3 to the Convention on International Civil Aviation. Among the meteorological products, aviation weather reports (METAR), aerodrome forecast (TAF) and significant weather information (SIGMET) are some examples. 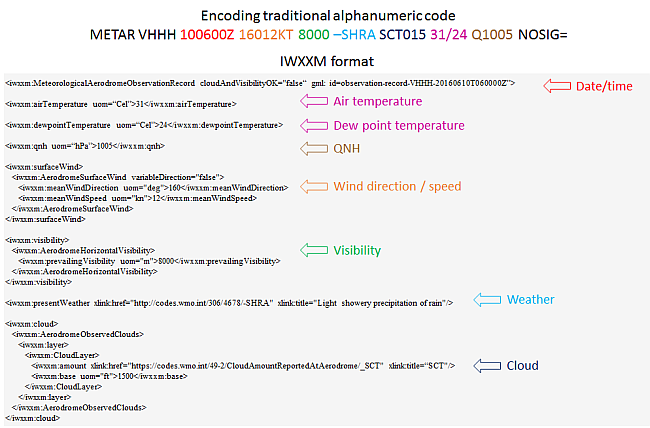 IWXXM version 1.0 was first released in September 2013. The latest version 3.0 will be approved by WMO in mid-2019. IWXXM is expected to become mandatory from 2020 when Amendment 79 to ICAO Annex 3 becomes effective. Let's get ready for a data-booming era!