Roadblocks in the Sky Convective Weather Impact on Aircraft

Roadblocks in the Sky Convective Weather Impact on Aircraft

A thunderstorm will bring not only lightning and heavy showers but can also bring squalls, hailstones and turbulence. Lightning strikes and hailstones can cause damage to cockpit windows and the skin of the aircraft. Radio communication between pilots and air traffic controllers could be severely interrupted while an aircraft is flying within a thunderstorm. Furthermore, turbulence and microburst (small scale but high speed downdraft beneath the cloud base) caused by intense thunderstorms can pose serious threat to an aircraft during landing and takeoff.

To avoid severe convective weather enroute, every pilot will study the flight plan before taking off. Apart from weather information such as the temperature, wind direction, and wind speed, a flight plan also includes forecast locations of thunderstorms. Pilots would pay special attention to forecast thunderstorms on the flight route or at the destination. They might even consult the meteorological office of the destination airport regarding thunderstorm forecasts if deemed necessary. Extra fuel will be carried to cater for the situations that the aircraft has to amend its course to steer away from thunderstorms enroute or carry out holding to wait for weather improving at the destination airport.

Thunderstorms are usually associated with a particular type of cloud called cumulonimbus with the abbreviation 'CB'. It can be developed from a single cell or multi-cells. The clouds can extend from near the ground up to 10 kilometres or higher (Figure 1). Thunderstorm clouds associated with synoptic scale weather system such as Mei Yu trough can form in clusters or lines with horizontal distance up to one hundred kilometres or more. The top of CB can far exceed the altitude where commercial aircrafts normally fly. They therefore look like huge towers or great walls in the sky. To avoid these "roadblocks" in the sky, the flight path has to be re-routed resulting in use of extra fuel. 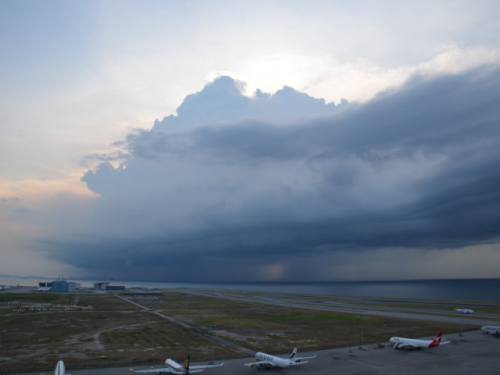 Figure 1 The cumulonimbus(CB) lies to the west to northwest of Hong Kong International Airport. It extended almost to Macau, more than 20 kilometres in length.

The writer had a chance of sitting at the cockpit observing the pilots controlling the aircraft during a return flight to Hong Kong. On its way, there was a huge CB at the port side of the aircraft (Figure 2).  At that time, the cruising level was 30,000 feet. An anvil-shaped cloud was seen at the cloud top (Figure 3), indicating that it had already reached the tropopause, the upper boundary of the troposphere. Fortunately, the CB did not sit in the course of the flight but moved further to the port side (i.e. moving East) away from the flight route. 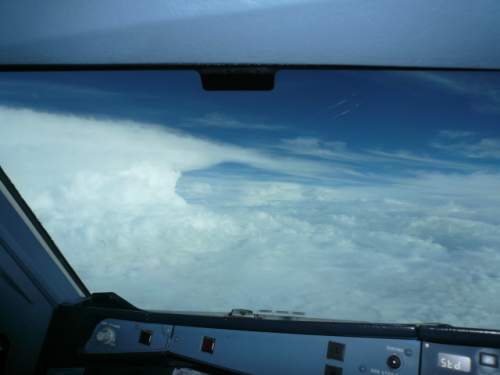 Figure 2   A huge single CB on the port side of the aircraft. 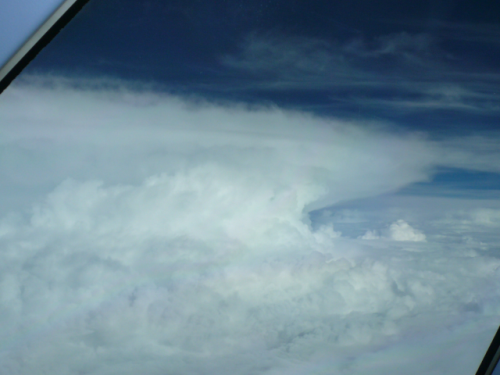 Figure 3   The characteristic shape of a flat layer of anvil top can be clearly seen.

On 9 September 2010, there was a typical example of flights blocked by huge thunderstorm clouds. At around midnight, an aircraft entered the Hong Kong Flight Information Region and approached the northern runway. The first landing attempt failed because of the microbursts brought about by thunderstorms right before touch down. The pilots determined to perform a go-around for a second attempt. However, when it came to about 20 nautical miles to the southwest of the airport, there was a line of thunderstorms in front of it (Figure 4). The line of thunderstorms was about 60 nautical miles long oriented north to south blocking the way like a huge wall. As there was no gap for the aircraft to pass through, the pilots finally decided to divert to the Macau airport. 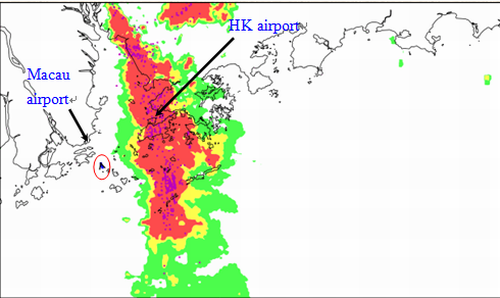 Figure 4 The line of thunderstorms (red and purple colour echoes) acted like a huge roadblock to the aircraft.The aircraft (red circle) could not fly through and diverted to Macau airport for landing.