Crosswinds are winds that blow from the side.  As an example, for departing or landing aircraft, winds blowing across the runway are crosswinds( Figure 1).  Besides aircraft, ships and cars are also affected by crosswinds.  Crosswinds can be useful in propelling the yacht.  On an athlete's track, the magnitude of crosswinds can affect the runner's performance as well! 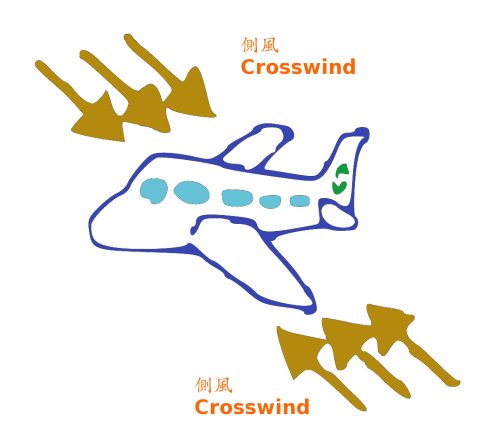 Figure 1  Winds blowing from the side of aircraft are "crosswinds".

Strong crosswinds during landing might blow an aircraft off the runway centreline.  When performing crosswind landing, pilots will either use "crabbing" (by pointing the aircraft towards the wind so that the aircraft heading forms an angle with the runway alignment) or use "wing-low" (adding a small rolling angle such that the two wings are not on the same levels) to counter balance the effect of crosswinds.  As the first technique could potentially damage the landing gear, whereas the second technique may cause wing tip or engine to hit the ground when landing, the stronger the crosswinds, the larger the potential hazard to safe landing.  In general, when the aircraft is larger, its ability to overcome crosswinds would be better.  Crosswinds over 25 knots are deemed as significant.

The two runways of the Hong Kong International Airport (HKIA) are aligned approximately along the east-west direction.  High winds from the north or south will therefore produce high crosswinds.  Winter monsoon and tropical cyclone are the two major weather systems which favour the occurrence of high crosswinds.  Tropical cyclones usually pose larger impact to aircraft operation.  For aircraft approaching or departing HKIA, southerly crosswinds normally have bigger impact than northerly crosswinds.  The main reason is that as southerly winds blow across the hilly ranges over Lantau, streaks of strong and weak winds could appear downwind.  These streaks cross the approach and departure paths of the airport to bring significant crosswinds.  Apart from that, they can also produce intermittent severe windshear and turbulence which may further affect the flight safety.