Astronomical Time is based on the repetition of astronomical events for setting frequency standards.  For example, the occurrence of day and night is caused by the rotation of the Earth, and seasons by the Earth revolving around the Sun.  In the past, people used sundial to indicate the time derived from the sun's apparent position, and was referred to as "Apparent Solar Time".  However, as the Earth revolves around the Sun in an elliptical orbit, and due to the inclination of the Earths rotation axis to the orbital plane, the speed of the apparent motion of the Sun varies through the year and "Apparent Solar Time" is as such non-uniform.  A more uniform time standard called "Mean Solar Time" is defined by the uniform motion of a fictitious Sun on the celestial sphere that agrees with the averaged "Apparent Solar Time".  "Universal Time" (UT0) is the "Mean Solar Time" at the Greenwich meridian (longitude 0 degree), also known as "Greenwich Mean Time" (GMT).  With emergence of better clocks, astronomers began to notice a discrepancy in UT0 measured at different locations.  This was later found to be caused by a wobble in the axis of the Earth.  After detailed measurements at various observatories around the world, the discrepancy was corrected by the introduction of a new time designation called UT1.

Figure 1 Differences between the astronomical time scales of UT1 and UTC. From 1972 till now, leap seconds have been added 26 times at irregular time intervals. They were introduced 6 times, 8 times and 3 times in the 1980s, 1990s and 2000s respectively. It shows that now and then the rate of rotation of the Earth may speed up or slow down. Furthermore, with the change in the definition of UTC in 1972, differences before and after 1972 cannot be directly compared. (Source of diagram: International Earth Rotation and Reference Systems Service)

Affected by the atmospheric circulation and other geophysical phenomena, the Earth's rotation is uneven and on the whole slowing down gradually.  As a result, the "second" as defined by astronomical time is slightly longer than that defined by atomic time.  Since the beginning of 1972, to reconcile the two time scales, the Coordinated Universal Time (UTC) was adopted.  It primarily follows the atomic time, but with a leap second introduced when necessary such that the difference between UTC and the astronomical time is kept to less than 0.9 seconds (Figure 1). UTC is the common time standard for civilian use, maintained by the Bureau International des Poids et Mesures (BIPM) based on the weighted average of the times kept by some 300 atomic clocks in over 50 national time institutes and laboratories around the world (Figure 2). 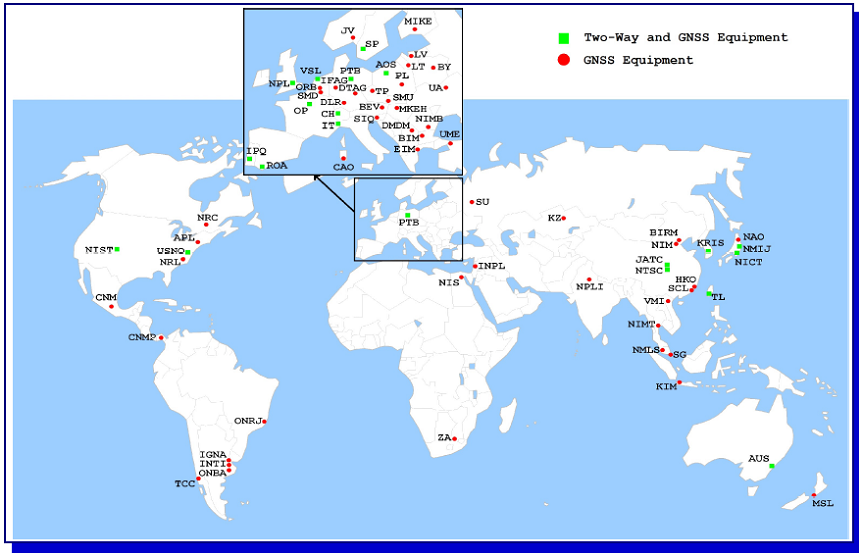 Figure 2 Geographical distribution of the time transfer institutions and time laboratories that contribute to the determination of UTC as of April 2013(Source of diagram: Bureau International des Poids et Mesures (BIPM))

On 1 January 1972, Hong Kong adopted UTC as the official time standard.  The Hong Kong Observatory is the official timekeeper in Hong Kong, providing the Hong Kong Standard Time using a caesium beam atomic clock (Figure 3) with a daily difference of less than a millionth second.  Through a high-accuracy time transfer system and making use of the Global Positioning System common-view method, time information of the Observatory's atomic clock is also relayed to BIPM for maintaining the Hong Kong Standard Time, as well as contributing to the determination of UTC. 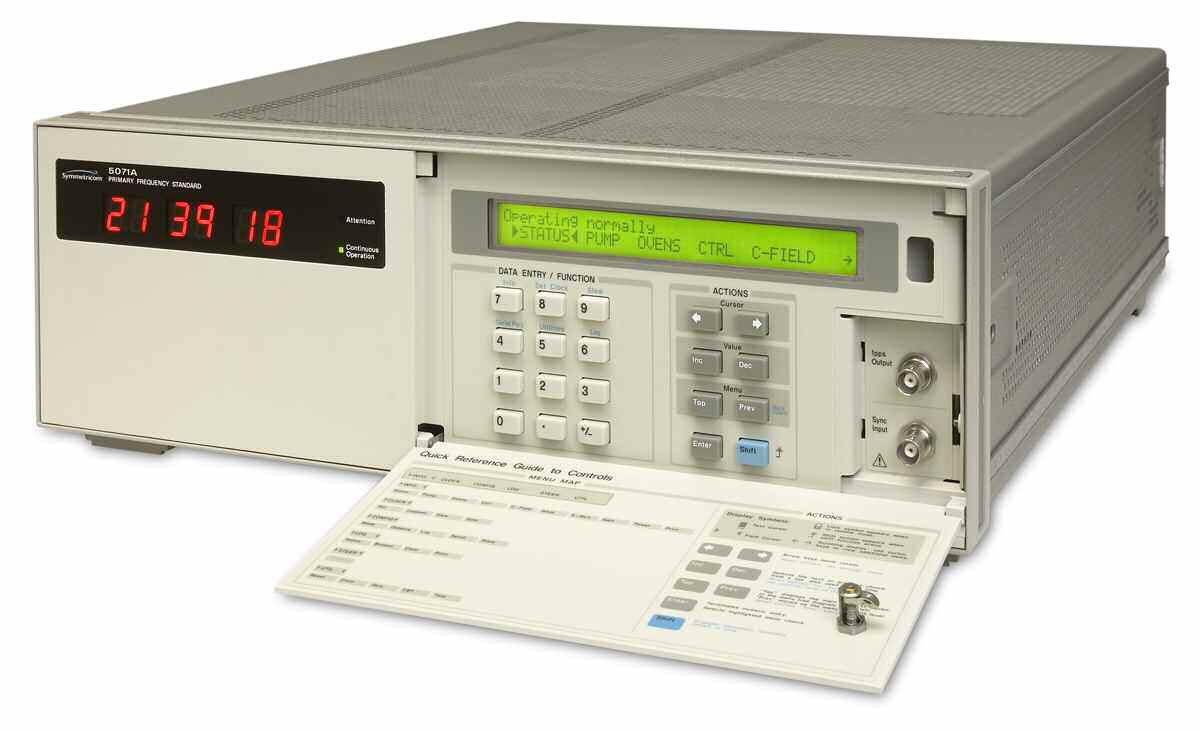