In the early 20th century, Milutin Milankovitch, a Serbian astronomer, proposed that the coming and going of ice ages on Earth were closely related to three orbital geometric parameters of Earth's revolution around the Sun. The first parameter is the shape of Earth's orbit around the Sun. The orbit changes from nearly circular to elliptical in a periodical manner and the whole cycle takes about 100,000 years. The orbital changes will affect the amount of solar energy reaching the Earth in different seasons. 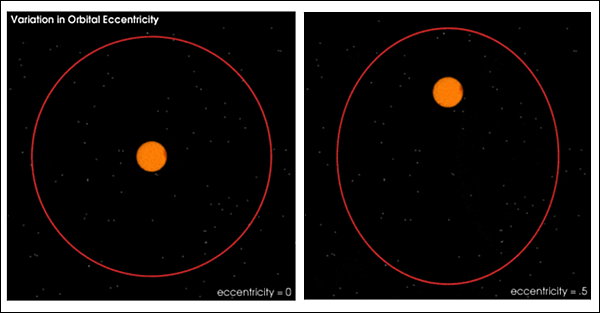 The second parameter is the tilt of Earth's rotational axis. The axial tilt varies between 22.1 and 24.5 degrees in a cycle of around 40,000 years. Changes in this parameter will not alter the total amount of solar energy reaching the Earth but will affect the latitudinal distribution of insolation. 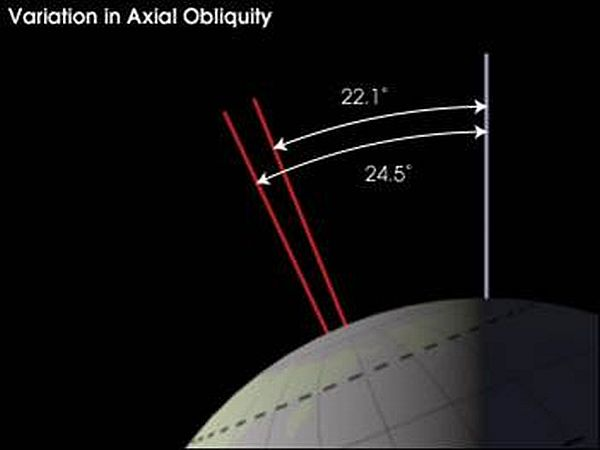 The third parameter is the precession of Earth's rotational axis, i.e. the wobbling of Earth's axis. A full cycle of the wobbling takes about 26,000 years. Changes in this parameter will also affect the latitudinal distribution of insolation.

According to Milankovitch, the impact of these parameters on the amount of insolation reaching the high latitudes in the Northern Hemisphere, where most of the ice and snow on Earth are found, is particularly important. Variation in ice and snow cover can lead to a positive feedback mechanism. For example, when the amount of insolation reaching the northern high latitudes decreases, summer heat is not sufficient to melt all the ice and snow precipitated in the preceding winter, leading to an overall increase of ice and snow in the course of the year. Increasing ice and snow will reflect more sunlight back into space, thereby reducing the amount of heat absorbed on Earth. This will set up a viscous cycle that supports further growth of ice and snow. Persistent increase in ice and snow year after year will eventually push the Earth into an ice age.

Milankovitch's theory was finally accepted in the late 20th century after thorough examinations by scientists.