How do scientists reconstruct the temperature tens of thousands of years ago?

Snowfall in the polar regions accumulates from year to year. As snow at the surface gets buried with time, it is compressed to form solid ice. Lower sections of the ice sheet are therefore older than the upper ones. Ice cores drilled from the Greenland and Antarctica ice sheets containing proxy data of air temperature can then be used to estimate temperature in the past.

Natural oxygen (O) comes in two major varieties (or isotopes in chemical terminology): O18 and O16. O16 contains 8 protons and 8 neutrons and O18 contains 8 protons and 10 neutrons. O16 is lighter than O18 and is more common. Both isotopes can combine with two hydrogen atoms to form water molecules (H2O). The ratio of O18/O16 in the ice core is higher in a warmer climate as more energy is available to evaporate the heavy water molecules which contain O18 from the ocean and to transport them to the polar regions. In a cooler climate, fewer heavy water molecules can be evaporated into the atmosphere and even fewer of them can reach the polar regions before they condense out elsewhere. Hence, by determining the ratio of O18/O16 in different sections of the ice core, scientists can estimate the temperature in the past.

A variety of methods are used to date an ice core. The most direct way is to count the annual cycle of the O18/O16 ratio (the ratio is higher in summer and lower in winter). Another useful technique is to identify events (e.g. volcanic eruptions) which are seen in other types of climate records, such as tree ring and sedimentary records. These events can be used to synchronize the age scales and a time series of temperature over the past tens of thousands of years could then be reconstructed. 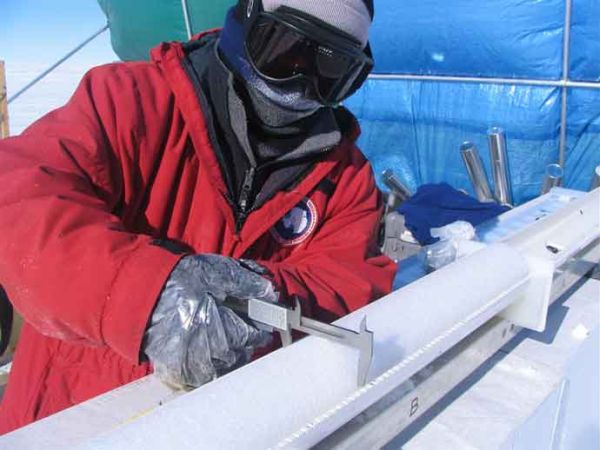 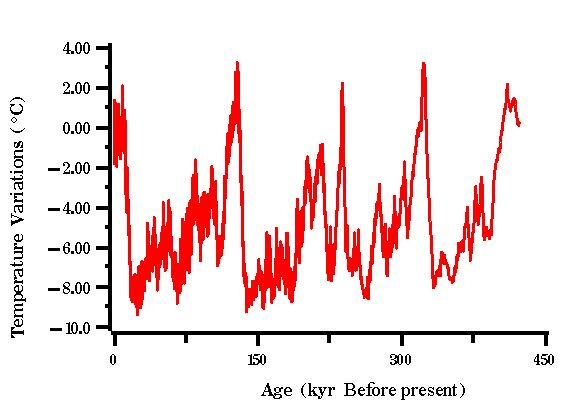