The Intergovernmental Panel on Climate Change (IPCC), established under the auspices of the World Meteorological Organization (WMO) and the United Nations Environment Programme (UNEP), is a scientific body tasked to evaluate the risk of climate change caused by human activities.

Climate change is a very complex issue. Policymakers need an objective source of information about the causes of climate change, its potential environmental and socio-economic consequences, and the adaptation and mitigation options to respond to its impacts. This is the key motivation behind the establishment of IPCC in 1988 as the authority on climate change. 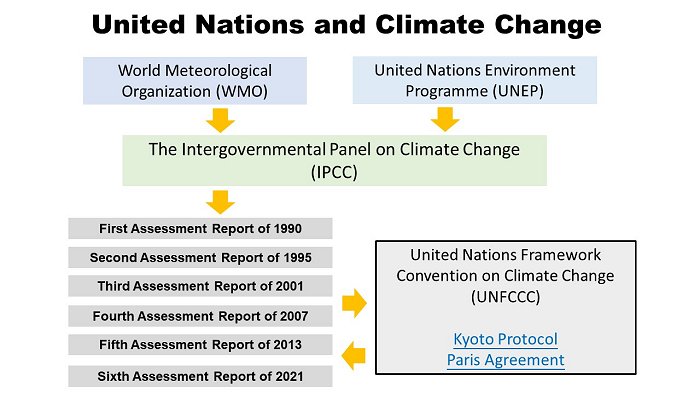