Can A Quiet Sun Halt Warming on Earth?

Satellite-based instruments have been measuring the amount of solar energy reaching the top of the atmosphere (also known as total solar irradiance, or TSI in short) since the late 1970s. The average value of TSI is found to be about 1361 Wm-2. While solar activity follows a cycle of roughly 11 years, the average fluctuation of TSI over the past several solar cycles is only about 0.1%. For pre-satellite times, TSI variations have to be estimated from sunspot numbers or radioisotope analysis of polar ice and tree rings. Solar activity was very low during the period of 1645-1715, also known as the Maunder Minimum. The estimated difference in TSI values between the Maunder Minimum and the present day is also in the order of 0.1%.

As simulated by the US National Aeronautics and Space Administration (NASA) state-of-the-art climate model, changes in terms of global surface temperature anomaly due to solar activity were found to be generally within plus or minus 0.1oC over the period of 1880-2005 (blue line in Figure 1), a rather insignificant contribution as compared against the fast-growing influence of human-caused increase in greenhouse gases (red line in Figure 1). Similar conclusions were drawn in a recent climate model study conducted by the scientists at the UK Meteorological Office[1] to simulate conditions for the second half of the 21st century under the high greenhouse gas concentration scenario and incorporating a decreasing solar output down to the Maunder Minimum levels. It was found that the cooling effect arising from reduced solar output was a mere 0.1oC. To put this into context, we are talking about several degrees of temperature increase by the end of the 21st century under the high greenhouse gas concentration scenario according to projections (Figure 2) in the Fifth Assessment Report by the Intergovernmental Panel on Climate Change (IPCC). As such, to rely on the Sun to give us a helping hand appears to be just wishful thinking! 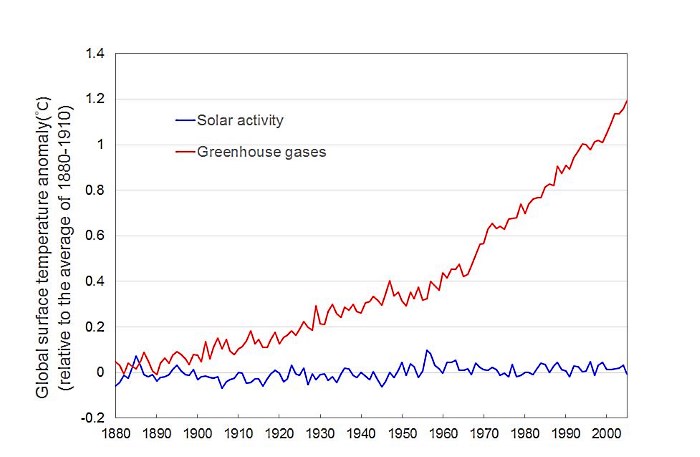 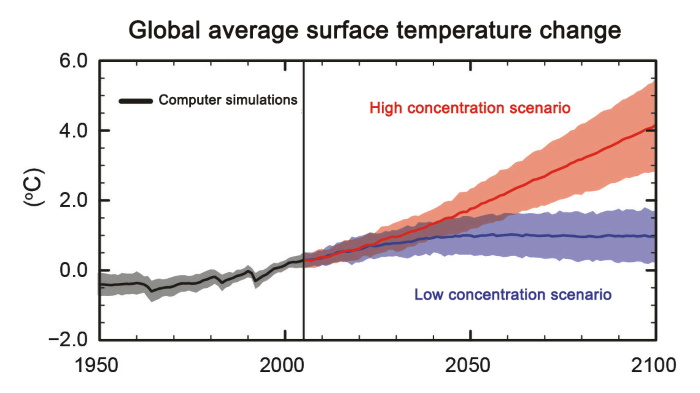 Figure 2Projected global average surface temperature change (relative to the average of 1986-2005) under
the high (in red) and low (in blue) greenhouse gas concentration scenarios in the 21st century,
with the colour-shaded regions indicating the respective range of uncertainty. (Source: IPCC)

[1] Scientists show a decline in solar activity could not halt global warming
www.metoffice.gov.uk/news/releases/archive/2015/solar-activity