In early July this year, the World Meteorological Organization announced that the most recent decade (2001-2010) was the warmest on Earth since the beginning of instrumental record - leaving little room for doubt that we are now living in a rapidly warming world. But who would have thought that had there been no man-made greenhouse gas emission leading to global warming, the world would probably be marching slowly into an ice age?

A recent study revealed that global temperature rise has reversed a 5,000 year-long cooling trend. Scientists of Oregon State University and Harvard University conducted a study to reconstruct the global temperature history back to the end of the last Ice Age 11,300 years ago [1] when the Holocene started. The scientists made use of 73 sets of globally distributed paleo-temperature proxies, including ice cores, fossils and sediment cores, etc, to carry out the reconstruction. The result (Figure 1) shows that the Earth's climate stayed relatively warm for the period around 10,000 to 5,000 years ago. Temperatures then started to decline gradually about 5,000 years ago, consistent with the decreasing insolation received over the high latitude regions of the Earth.

According to the theory proposed by Milankovitch, a Serbian astronomer, Earth's orbital geometric parameters are related to the occurrence of the Ice Ages and can therefore affect our climate. The theory was corroborated by a research conducted in the 70's. With decreasing insolation over the north and south hemispheres during summer time (especially at high latitudes), summer heat is not sufficient to melt all the ice and snow precipitated in the preceding winter (most of the ice and snow being accumulated at high latitudes), leading to an overall increase in ice and snow in the course of the year. At the same time, increasing ice and snow will reflect more sunlight back to space and reduce the amount of heat absorbed by the Earth. This will create a vicious cycle for further growth of ice and snow. Persistent increase in ice and snow year by year will eventually push the Earth into an ice age. Ignoring human influence, it was once predicted that purely as a result of the observed orbit-climate relationship, the long-term trend over the next several thousand years would be towards more extensive glaciation in the Northern Hemisphere.

But in fact, after falling to a minimum some 200 years ago, global temperatures have risen sharply, along an increasing trend shaped like the long handle of a hockey stick. While it seems that we have avoided an ice age, is the rapid rise in temperatures heralding something good or bad? A few months ago, the atmospheric concentration of carbon dioxide reached another historical high. According to the projection given by the Fourth Assessment Report of IPCC, the Earth's temperatures by the end of this century would be the highest for the past 11,000 years or so.

Can human mortals adapt to a persistently warming climate? Some academics have warned that there exists a limit of human adaptability to heat stress. When air temperatures exceed a certain threshold so that dissipation of metabolic heat becomes impossible, hyperthermia will occur. As one can imagine, human health and our living environment will come under serious threat if a warming climate persists. 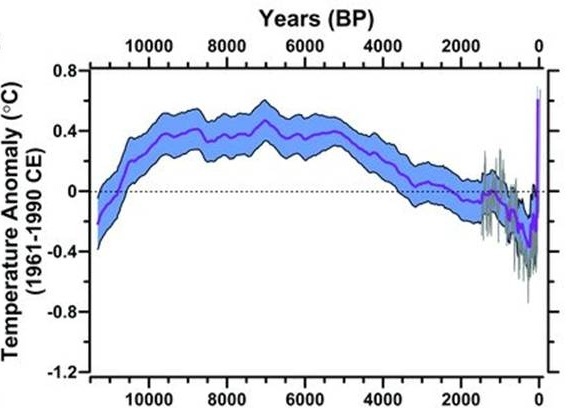 Figure 1Reconstructed global temperature anomalies with respect to the 1961-1990 average for
the past 11,300 years (purple line with uncertainty in blue band). A previous reconstruction
by another study was shown in grey line. Years (BP) refer to years before 1950. (From: A
Reconstruction of Regional and Global Temperature for the Past 11,300 Years. Shaun A.
Marcott et al. Science 339, 1198 (2013); DOI: 10.1126/science.1228026. Reprinted with
permission from The American Association for the Advancement of Science. Readers may
view, browse, and/or download material for temporary copying purposes only, provided
these uses are for noncommercial personal purposes. Except as provided by law, this material
may not be further reproduced, distributed, transmitted, modified, adapted, performed,
displayed, published, or sold in whole or in part, without prior written permission from the
publisher.)