The Phenomenal Rainstorm in 1926

With a sub-tropical climate, Hong Kong occasionally encounters rainstorms and typhoons in the summer months, especially between June and August. It is also not uncommon to have rainstorms bringing over 100 millimetres of rainfall to the territory in a day. Statistics since 1884 show that on average there are about three to four days in a year with rainfall over 100 millimetres in Hong Kong. For the ranking of the highest daily rainfall recorded at the Hong Kong Observatory Headquarters[1] , all top ten events have a daily rainfall over 300 millimetres and the highest record was 534.1 millimetres which happened on 19 July 1926. Over 80 years have passed since this rainstorm wrought havoc in Hong Kong in 1926, it took some efforts to consolidate relevant records and information of the 1926 rainstorm from different historical documents[2-7] in order to recall the details of the event. Some of the salient findings are concisely summarized below :


(i) The culprit of the torrential rain

The rainstorm commenced right after mid-night and the heavy downpour reached its highest intensity in the small hours on 19 July 1926. Hourly rainfall of 100.7 millimetres was recorded at around 4 a.m. The 6-hour total rainfall between 3 a.m. and 9 a.m. and the 12-hour total rainfall between 1 a.m. and 1 p.m. were 430.6 millimetres and 526.7 millimetres respectively. Both of them are still the highest records to date. The rain gradually abated around noon (see Figure 1). Accompanying the heavy rain, there were also frequent and severe lightning which illuminated the sky incessantly.

The rainstorm was primarily related to a typhoon landing to the east of Hong Kong near Shantou on 18 July 1926 (Figure 2). While the typhoon tracked north-northwest after landfalling, it slowed down and filled up to the northeast of Hong Kong. The unstable southwesterly airstream associated with the remnant of the typhoon brought bucketful of rain and thunders to Hong Kong on the morning of 19 July 1926.

Figure 1Hourly rainfall recorded at the Hong Kong Observatory on 18 and 19 July 1926.

Figure 2Track of the typhoon affecting Hong Kong on 18 and 19 July 1926.
(Redrawn based on Meteorological Results,1926)

Hong Kong was severely hit by the heavy downpour and thunderstorms on the morning of 19 July 1926. There were many landslides and flooding, in particular in the business district of Hong Kong Island, the Peak and Kowloon. Many roads were flooded, blocked or washed out. The Peak tram service was totally suspended for a week. The water also found its ways into houses and warehouses causing heavy damages. According to the government report, the damage to government works and properties (excluding military, naval and private losses) was estimated to be well over a million dollars at that time. For casualties, a huge boulder weighing about 3000 tonnes crashed into the No. 3 Pumping Station at Pokfulam, killing four workmen. One Indian soldier was killed by lightning in Whitefield Kowloon Barrack (which is now Kowloon Park). Moreover, a little girl and a boy believed drowned after they were swept away by deluge respectively in Centre Street and Kowloon Chai. 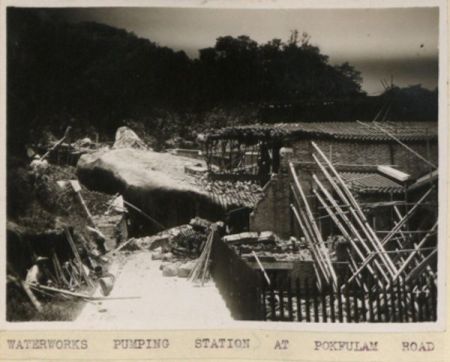 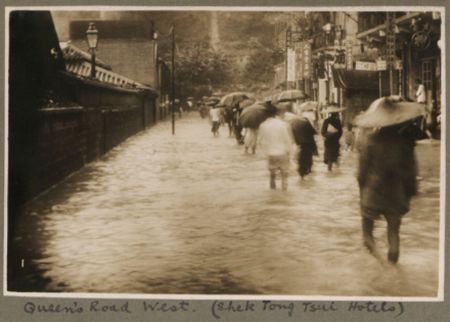 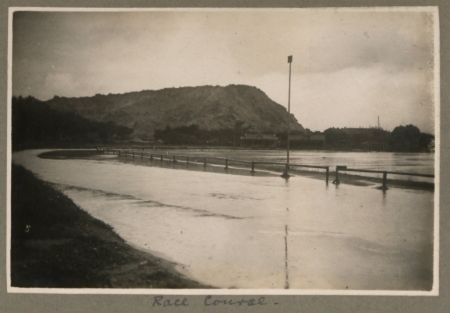 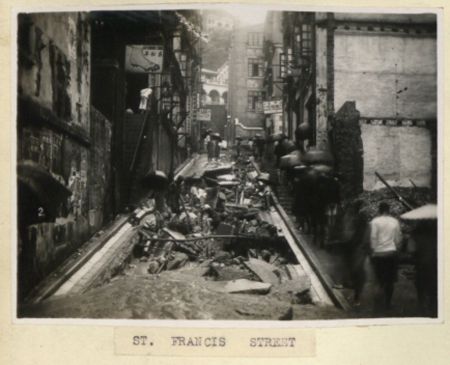 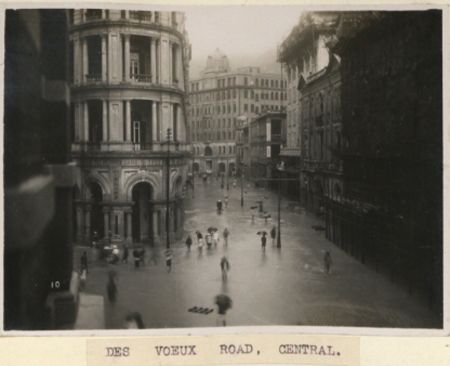 Judging from the extreme rainfall and destructiveness, the rainstorm happened on 19 July 1926 can truly be described as phenomenal ! Even though many times typhoons landing to the east of Hong Kong had relatively less effects locally, this extreme rainfall event reminds us clearly the lesson learnt from the history. We should not be complacent !

[3] Reports of the Police and Fire Brigade, Administration Reports for the Year 1926, Hong Kong Government