Climatologically, the rainfall over southern China increases as it comes under the influence of troughs of low pressure and humid southwest monsoon in May and June every year. Hong Kong was affected by heavy rain on 12 June. A trough of low pressure lay across the south China coastal areas, the northern part of the South China Sea and Taiwan on that day (Figure 1). A band of rain and thunderstorms first swept across Hong Kong in the small hours, bringing more than 10 millimetres of rainfall to northern New Territories. Yet the clouds thinned out following the passage of the rain band, giving way to sunshine in Hong Kong during the day. Local temperatures generally rose to 32 degrees or more in the afternoon. However, unsettled weather continued and isolated thunderstorms developed again over northern New Territories rapidly in the evening, prompting the Observatory to issue the Special Announcement on Flooding in northern New Territories. As revealed in the rainfall distribution map in Figure 2, the rainfall that day was extremely uneven over Hong Kong, with the rain mainly concentrated in northern New Territories. Rainfall in excess of 100 millimetres was recorded at Sha Tau Kok on the day, whereas less than 2 millimetres of rainfall were registered in the southern part of Hong Kong Island. Many people thus might not have realized the threat of the heavy rain on that day.

Figure 3 shows the rainfall distribution in the vicinity of Hong Kong on 12 June estimated using weather radar data. The data reveals that the heavy rain was rather widespread and the rain was particularly heavy over Shenzhen and the waters to the south of Hong Kong, where over 100 millimetres of rainfall had fallen on the day (the red areas). The only exceptions are Hong Kong Island, Kowloon and Lantau Island where the rainfall was significantly less (the light green area). In fact, the rainstorm-hit areas extended all the way to Taiwan, where schools were suspended and workers sent back home in a number of cities on 12 June due to severe flooding.

The above case is indeed not uncommon, which vividly reflects the randomness of rainstorm development. While rainstorm afflicted a vast area, the weather at an individual place could differ greatly, even with sunshine. The atmosphere sometimes evolves very quickly, with the formation and dissipation of rainstorms occurring within a matter of one or two hours. As a result, the prediction of rainstorms in today's technology remains very challenging.

The Observatory introduced the "Pearl River Delta region rainfall nowcast" on its website in 2008, providing the forecast rainfall distribution map for the next two hours (Figure 4). The purpose is to provide members of the public with timelier forecast information on top of the general and textual weather forecast bulletins. We will shortly extend the service to smart phones, by giving notifications of whether it is about to rain according to the positioning data from users' phones, in order to help people better plan their activities before the rain hits. 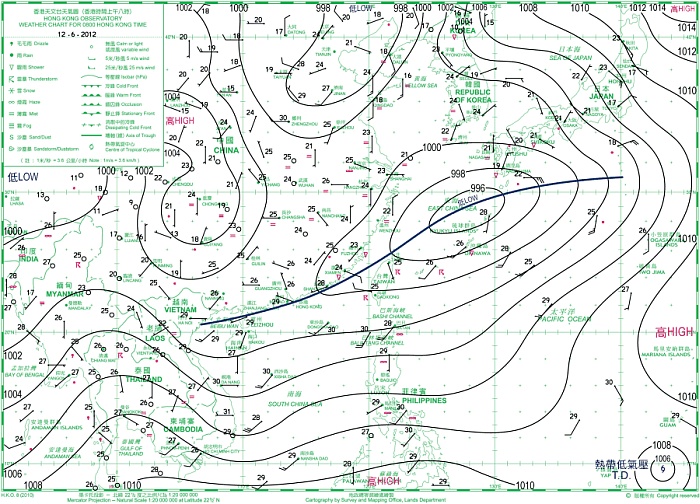 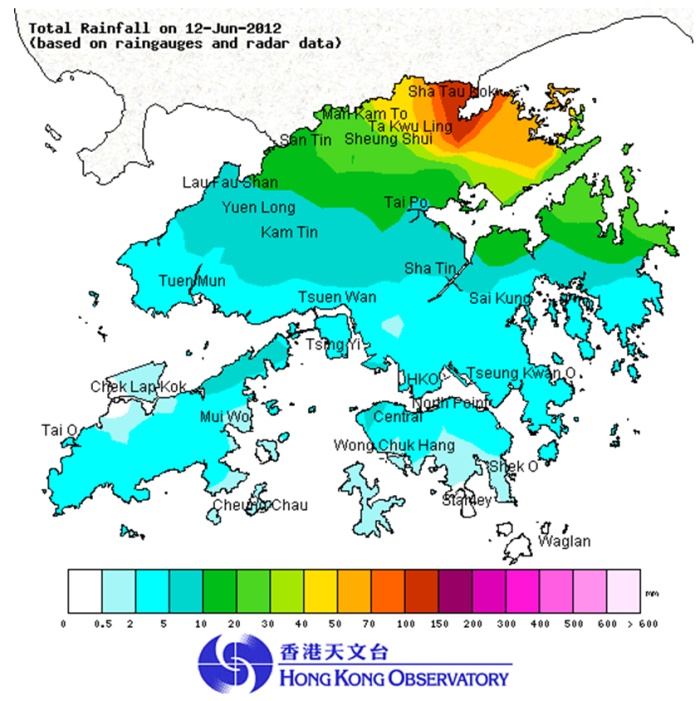 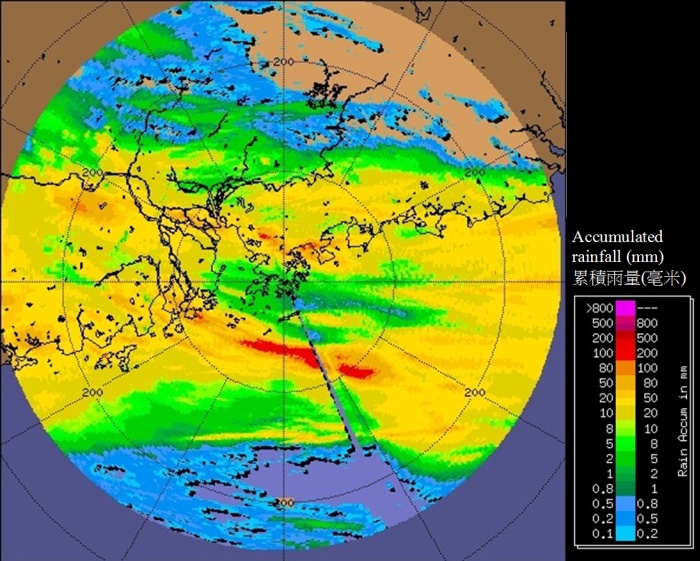