In terms of extreme weather, it was rather eventful worldwide in 2010 and the first 10 months of 2011 with events ranging from heat waves in Russia, torrential rain causing mudslide in China, tornadoes and droughts in the US, and flooding in Thailand, etc. Every time an extreme weather event happens, a very popular question will pop up: Is that extreme weather event caused by climate change?

In the early 1990s, the United Nations Intergovernmental Panel on Climate Change (IPCC) had already noted in its First Assessment Report that high temperature episodes would most likely become more frequent in the future, and cold episodes would become less frequent. This message was later reinforced by all subsequent assessment reports. According to IPCC's Fourth Assessment Report (AR4) published in 2007 [1], there have been widespread changes in extreme temperatures over the last 50 years. In many places, hot days and hot nights have become more frequent; while cold days, cold nights and frost days have become rarer. At the same time, a warmed atmosphere has a higher water-holding capacity, favouring the occurrence of heavy rain events. According to a recent special report jointly prepared by the IPCC Working Groups I and II [2], a 1-in-20 year extremely hot day event in the late 20th century is likely to become a 1-in-2 to 1-in-5 year event by the end of the 21st century. Meanwhile, a 1-in-20 year extreme daily rainfall event is likely to become a 1-in-5 to 1-in-15 year event in many regions of the world.

In Hong Kong, observations of more than 120 years revealed that local changes basically aligned with the global picture. In a recent study on the trend of extreme weather in Hong Kong [3], it was found that the return period (i.e. the average recurrence interval) of extremely cold events with minimum temperatures no higher than 4 oC increased from 6 years in 1900 to over 100 years in 2000. On the other hand, the return period of extremely hot events with maximum temperatures of 35 oC or above decreased from 32 years in 1900 to about 4 to 5 years in 2000. What is more alarming is that the return period of extremely heavy rainfall events with hourly rainfall of 100 mm or more decreased from 37 years to 18 years during the same period of time. In other words, the frequency of occurrence of these heavy rain events has doubled in the past 100 years. 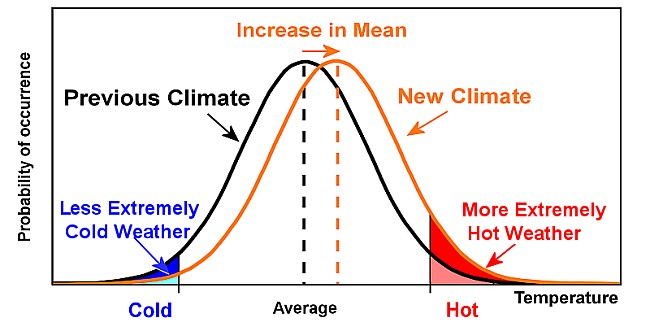 Figure 1An increase in the mean temeperature will result in substantial changes in the frequency
of occurrence of extreme temperature events.