In many horror movies, scenes of ghost ships sailing in fog often set up a haunting atmosphere to create a sense of fear among the audiences. In real life, low visibility in fog will have serious impact on air traffic, and may even lead to aviation accident.

"Instrument Landing System" installed at modern airports can help flights landing safely under poor visibility condition. However, in general in the final phase of the approach, pilots need visual reference from the runway to maneuver the airplane to touch down. The runway visual range (RVR) is the range over which the pilot of an aircraft on the centre line of a runway can see the runway surface markings or the lights delineating the runway or identifying its centre line. The minimum RVR requirement for landing depends, amongst others, on the airport facilities, aircraft equipment, pilots' training and airlines' policy. RVR is deduced from the visibility measurement of a transmissometer or a forward scatterer along the runway. The acceptable minima for landing operations under different categories of "Instrument Landing System" can be found in Table 1. If the visibility deteriorates just before the plane touches down, that would pose a great challenge to the pilot. Flights would hold in the air and wait for the visibility to improve. If low visibility condition persists, a flight may have to divert to another airport due to fuel consideration.

After landing, an airplane in fog would move slowly to avoid collision with other aircraft, vehicles or equipment on the apron. As airport operation has to slow down, it may cause delays to passengers disembarking and retrieval of luggage.

On 28 February 2011 morning, fog affected airports in the Pearl River Delta. The lowest visibility recorded at the Hong Kong International Airport was about 200 metres while the visibility at Macao and Shenzhen were as low as 100 metres. Some flights had to divert. After sunrise, fog began to dissipate and airport operation gradually returned to normal. 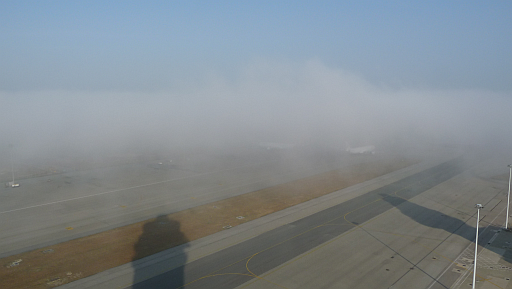 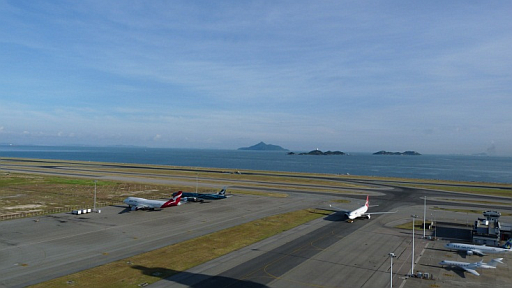 Figure 2 On a day with good visibility, north runway of the Hong Kong International Airport can be seen clearly