Captain INSPIRATION joined hands with HKO on an educational video

Captain Hank CHENG, the founder and pilot of the INSPRIATION (http://www.inspiration.bkoo.hk/) project, made his debut in an episode of "Cool MET Stuff". The series is an HKO's weekly video production to educate the general public about meteorology and to increase public awareness to natural disasters. In this short video, Captain Hank present from the pilot's perspective how aircraft and airport operations would be affected during tropical cyclones (link to the video (Chinese only)). 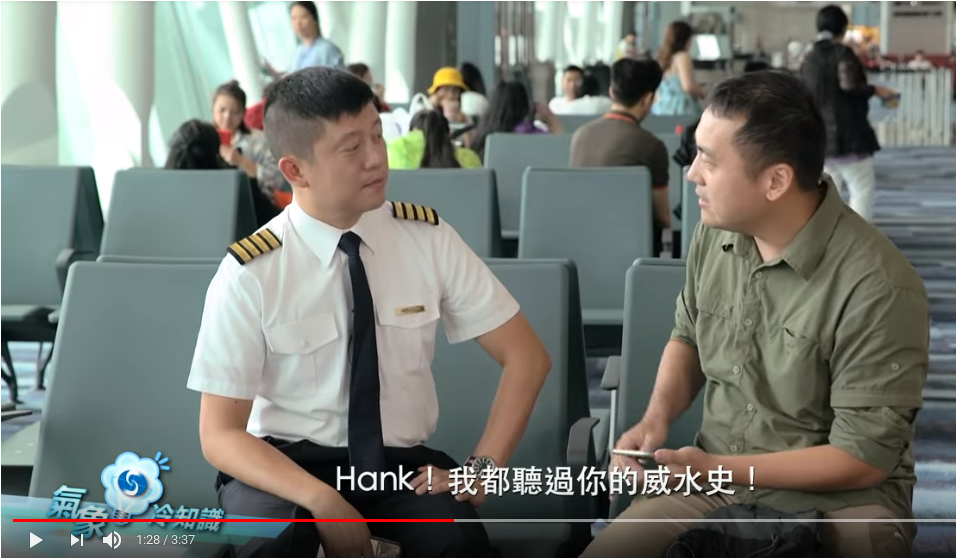