To support the evacuation of construction vessels from the three-runway system works site, the Hong Kong Observatory (HKO) maintained close communication with Airport Authority Hong Kong (AAHK) during the approach of tropical cyclone. As it takes around 30 hours to evacuate large number of vessels, of which around 70 vessels are non-self propelled barges, HKO has provided AAHK with advice as early as possible. In the case of Super Typhoon Hato which affected Hong Kong on 23 August 2017, communication between HKO and AAHK commenced on 18 August 2017 when the corresponding area of low pressure was expected to develop into a tropical cyclone over the western North Pacific. This enables AAHK to plan for the evacuation well in advance. 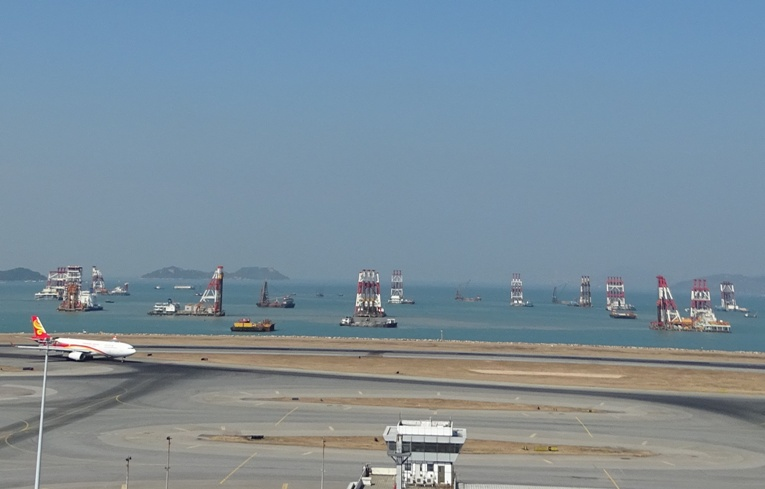