The successive strikes of Hato and Pakhar, which necessitated the issuance of Tropical Cyclone Warning Signal No. 10 and 8 respectively in just under 5 days in August 2017 wreaked havoc to air traffic in Hong Kong. Hato caused the cancellation of over 400 flights. While flight cancellation during Pakhar was less, the impact of Pakhar was nonetheless significant with 70 windshear reports and 18 turbulence reports received from pilots during the period when Tropical Cyclone Warning Signal was in force. When Pakhar was closest to Hong Kong, the occasional hurricane force winds in cross-mountain flow of Lantau resulted in terrain-induced windshear up to microburst strength (Figure 1). The terrain-induced windshear and turbulence were well captured by the TDWR and the WTWS.

Figure 1: Radial velocity image from the Brothers Point Terminal Doppler Weather Radar (BP TDWR) taken at 6:55 a.m. on 27 August 2017. Warm colours (yellow to red) and cool colours (green to blue) represent winds blowing outwards from and inwards to the BP TDWR respectively. Filled (hollow) ellipses indicate the locations of microburst (windshear) alerts issued by the BP TDWR. The magnitudes of the microburst/windshear alerts (in knots) are shown inside the ellipses. Rectangles indicate the runway arenas. 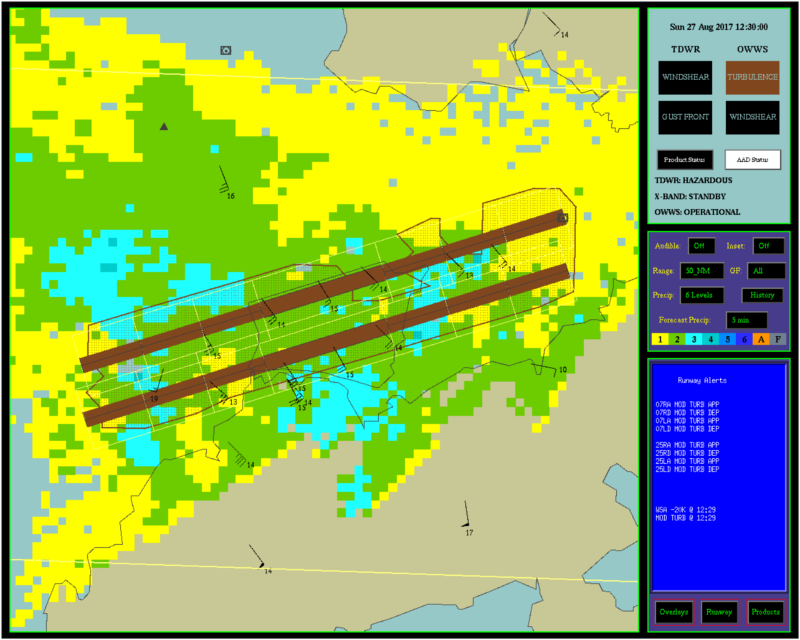 Figure 2: Turbulence alerts issued by Windshear and Turbulence Warning System (WTWS) at 8:30 p.m. on 27 August 2017. Runways filled with brown colour are under the alert of turbulence.