METAR is routine weather report issued at hourly or half-hourly intervals.  It is a description of the meteorological elements observed at an airport at a specific time.

SPECI is special weather report issued when there is significant deterioration or improvement in airport weather conditions, such as significant changes of surface winds, visibility, cloud base height and occurrence of severe weather. The format of the SPECI report is similar to that of the METAR and the elements used have the same meaning. The identifier METAR or SPECI at the beginning of the weather report differentiates them.

* There are two parallel runways at the Hong Kong International Airport and they are identified by the designators R07L, R07R, R25L and R25R respectively as shown below : 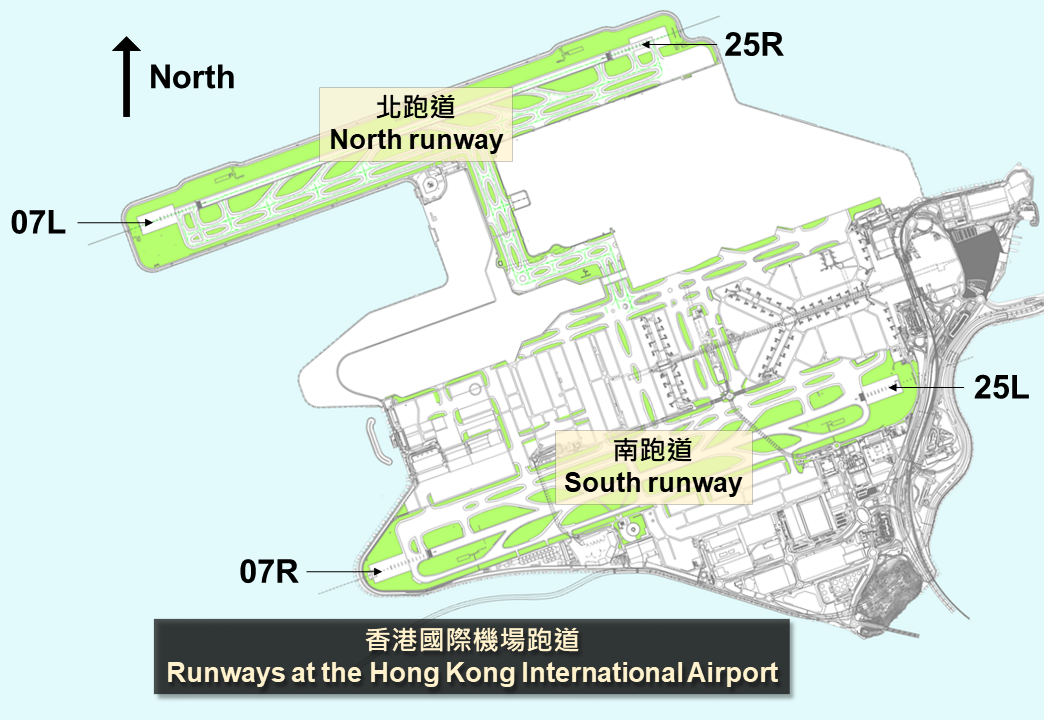 The code includes a section containing the trend forecast, which indicates the forecast change in meteorological conditions in the next two hours and is identified by a change indicator (TTTTT = BECMG or TEMPO as the case may be) or by the code word NOSIG. (BECMG means becoming; TEMPO means temporarily; NOSIG means no significant change.)