At the workshop, staff of the Aviation Weather Services Branch explained to the participants the weather elements and phenomena impacting aviation operation and safety. They also delivered talks on cloud and visibility observation, coding of aviation weather report and utilising the sharing platform of weather reports for general aviation. The participants were enthusiastic about practising weather observation on the rooftop of the Hong Kong Observatory Headquarters in Tsim Sha Tsui and the Terminal Doppler Weather Radar (TDWR) station at Tai Lam Chung.

The Leader of 180th Kowloon Group Air Scout of the Scout Association of Hong Kong, Mr Francis Chin, J.P. and the Squadron Leader of the Hong Kong Air Cadet Corps, Mr Nelson Lee both expressed that the workshop was very successful. They hoped that the Observatory could continue to organise this type of weather course and activity in the future so as to raise the community's understanding of the weather as well as to promote their contribution to community weather information. 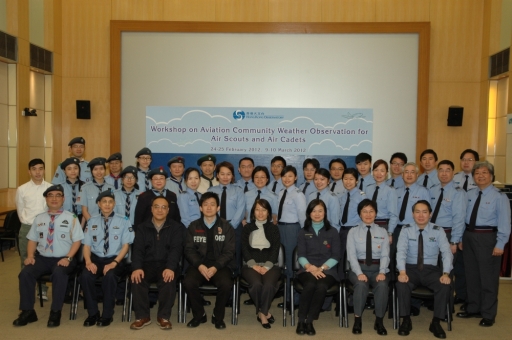 The participants of the Workshop on Aviation Community Weather Observation taking a group photo with the Assistant Director of the Hong Kong Observatory, Miss SY Lau (4th right, 1st row) and the instructors. 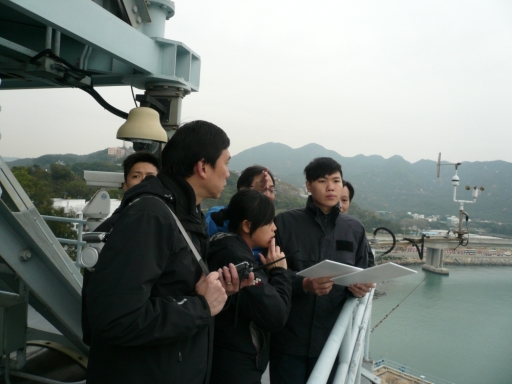 Participants going in groups to the platform of the antenna tower of the Terminal Doppler Weather Radar station at Tai Lam Chung to practise weather observation under the guidance of an experienced aviation weather observer of the Observatory.